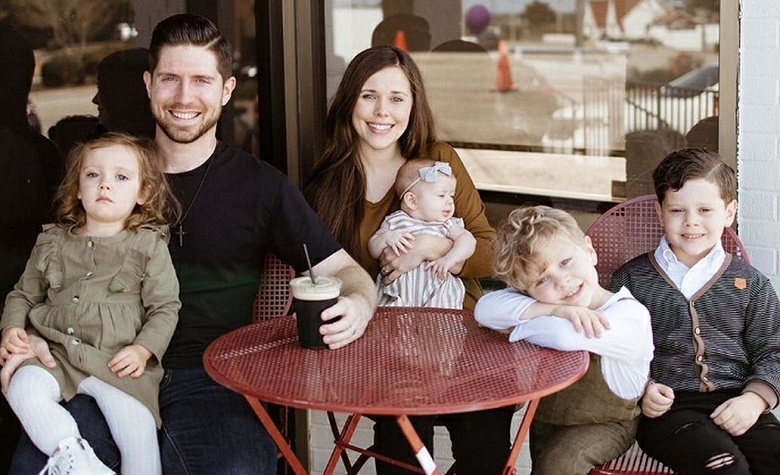 Counting On star Jessa Duggar has been keeping in touch with the fans lately. However, many are starting to notice Jessa’s silence regarding their new home. Apparently, Jessa previously announced that they’re moving to a new fixer-upper. She even shared clips and pictures with some of her siblings helping her with the house renovation. However, it’s been quite some time since Jessa last posted anything about their new home. Due to this, fans are starting to speculate on the possible reasons behind the delay.

Counting On: Why Jessa Duggar & Ben Seewald’s New House Is Getting Delayed?

Counting On fans took to Reddit to discuss the possible reasons behind the delay of Jessa Duggar and Ben Seewald’s fixer-upper. Apparently, it’s been months since Jessa announced that they’re moving to a new house. She even shared vlogs from the renovation of the house. According to Jessa, the fixer-upper is nearing its final touches. However, Jessa has never shared an update since her last video post where she bought tiles and other materials.

“It’s been months since Jessa has posted an update on her new house renovation and I’m starting to even wonder if this is going to still happen or if the whole thing fell through,” one person said. Meanwhile, some think that Jessa might be having trouble buying other building materials. “It’s a slow process doing it yourself and especially right now with how hard it is to get material,” another person added.

Despite her silence about the upper-fixer, Counting On star Jessa Duggar continues to keep in touch with the fans by sharing adorable pictures of her family. At one point, Jessa left the fans in awe after sharing a picture of Fern as she turns 9-months. Jessa also loves to share their outdoor activities, especially when they’re having lunch at restaurants. Meanwhile, fans think that it’s only a matter of time before Jessa shares updates about her new home, especially now that fans are starting to question the delay.

At this point, Counting On stars Jessa Duggar and Ben Seewald are still living in their Arkansas home. Jessa has been active on YouTube as well. At one point, Jessa impressed the fans after sharing her creative way of celebrating Henry’s birthday. Jessa also left the fans in awe after sharing a video of Ben looking almost unrecognizable after shaving his beard. It’s clear to see that Jessa has been active on her social media accounts. Due to this, fans can expect that she’ll finally share updates about their new home soon.

Meanwhile, fans are also hoping that TLC will give Jessa her own spinoff where she shares her DIY and gardening tips. Will TLC bring back the Duggars into the small screens?

‘Counting On’: Jill Duggar Shares How She Celebrated Her Birthday
‘Sister Wives’: Why Do The Browns Keep Struggling In Flagstaff?
‘Counting On’: Amy Duggar Calls Out Anna For This Reason
’90 Day Fiance’: Yara Zaya Talks About Plans For Baby Number 2
‘Sister Wives’: Meri Wants To Keep On Trying Amid Struggles With Kody