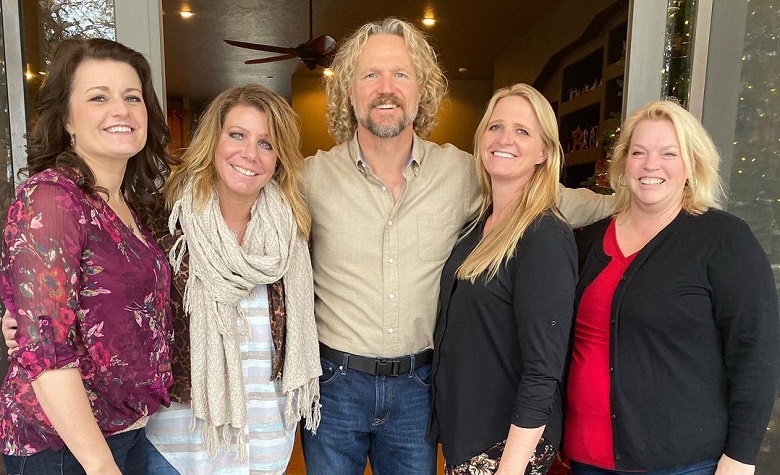 Sister Wives fans have seen Kody Brown and Robyn Brown’s unfair relationship throughout the years. Viewers also think that it has become more obvious in Season 16. It’s clear to see that things are no longer looking good in the plural family, and many are pointing fingers at Kody and Robyn’s monogamous-like lifestyle. However, fans think that things can dramatically change if Kody starts looking for a fifth wife. Apparently, fans believe that Kody will eventually get tired of Robyn similar to his other wives. But fans think that Robyn won’t let it happen that easily.

Sister Wives: Will A 5th Wife Be A Big Threat To Robyn Brown?

Sister Wives fans took to Reddit to discuss why a fifth wife could be a big threat to Robyn Brown. According to some, Kody seems to have a habit of neglecting his previous wives when a new one arrives. Due to this, Robyn might lose her ability to manipulate Kody’s decisions that would benefit her if he’s focused on another wife. “She’d get shoved to the side just like happened when she came along. Let him have a baby with that new wife and they’d be talking her down off of the closest ledge,” one person said. “Yup. Just like Christine was when she came into the family,” another person added.

According to reports, Sister Wives star Kody Brown once pursued a fifth wife. However, it’s also reported that he got rejected due to Robyn Brown. According to an insider close to the family, the potential fifth wife told Kody that she doesn’t like how Robyn controlled him so much. At this point, Kody and any of his wives have yet to confirm if the rumors regarding the fifth wife are true. However, fans think that Robyn won’t make it easy for Kody to find a fifth wife. Apparently, fans believe that Robyn has been trying her best to manipulate Kody to prioritize her and her kids to the point that he’s starting to neglect his other families.

Sister Wives: Fans Think The Other Wives Are Starting To Branch Out

Sister Wives star Kody Brown has been out of sight from his other wives’ social media pages. According to some, it’s a clear indication that Kody is still living with Robyn Brown. However, fans think that Kody’s absence is forcing the other wives to finally branch out. Apparently, fans believe that Kody’s mistreatment of Christine Brown played a huge role in why she left, and the same thing might happen to Meri Brown and Janelle Brown. Fans also noticed the hustles of the two on social media lately, which might be a hint that they’re starting to live on their own due to Kody’s continuous absence.

At this point, Kody has yet to share updates about his plural family. However, fans believe that they’ve been struggling lately, especially when Christine left.