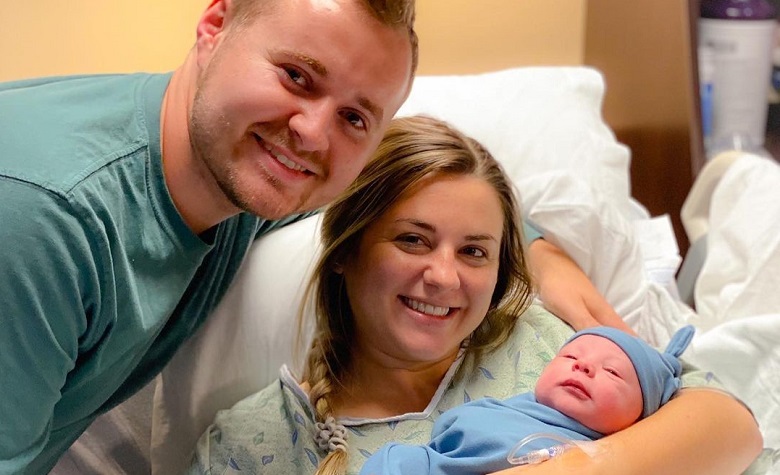 Counting On stars Jed Duggar and Katey Nakatsu have been making headlines after the arrival of their first child. They named him Truett Oliver Duggar. Families and friends have been congratulating the two on their first child. However, it seems that Jed and Katey are not the only ones making headlines lately. Apparently, fans think that another Duggar might be expecting as well aside from Jill Duggar, and has been keeping it private for quite some time. Meanwhile, fans also noticed Jim Bob and Michelle Duggar’s silence despite the arrival of their new grandson.

Counting On fans took to Reddit to discuss the possibility that another Duggar might be expecting. According to some, it’s possible that Abbie Duggar might be expecting as well, especially after a picture of her surfaced online with what seems to be a baby bump. Others agree and said that pregnancy might be one of the main reasons why Abbie and John Duggar have been silent on social media. “Tagged photo of her on Instagram- there is zero question that she has a bump,” one person said. “Definitely pregnant! She’s a smaller girl. That’s more than bloat,” another fan added.

At this point, John and Abbie have yet to confirm if they’re expecting another child. Meanwhile, fans think that the two won’t be going back to social media anytime soon due to Josh Duggar’s CSAM arrest. According to some, it seems that Abbie wants to live a private life away from all the controversies of the Duggar family.

Counting On star Jed Duggar took to social media to share the arrival of their first child, Truett Oliver Duggar. Jed also shared pieces of information about the birth of Truett, similar to what his other siblings do. Jed also shared a video from the day when Katey Nakatsu gave birth to their son. Moments later, Jed’s siblings and in-laws left heartfelt comments about Truett. “He is soooo adorable!! Congrats guys!” Jill Duggar said. “Congratulations!!! He is precious!” Hannah Wissmann added.

It’s clear to see that Katey had a successful pregnancy. Meanwhile, fans are hoping that the two will continue to share updates about their newborn son.