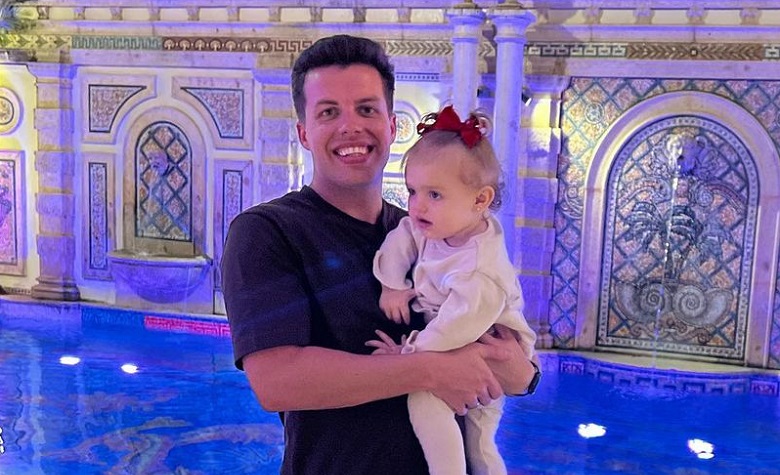 90 Day Fiance star Jovi Dufren has been sharing updates about his family lately. Most of the time, Jovi shares their bonding time outdoors. Yara Zaya also loves to keep in touch with fans. However, she’s been so stressed lately due to the ongoing war in her home country, Ukraine. Fortunately, Jovi and Mylah are there to cheer her up and strengthen her amid all the heartbreaks. Now, Jovi is back to share another update with the fans. This time, Jovi shares a hilarious clip of Mylah wearing his shoes.

In a social media post, 90 Day Fiance star Jovi Dufren shared an adorable clip of Mylah wearing his shoes. Mylah seemed to struggle walking with her father’s shoes, but it seems that she was so curious about it. Later in the clip, Mylah got out of the shoes and proceed walking with socks. It’s clear to see that Jovi wants nothing but positivity around her family. Fans are also wishing Jovi and Yara Zaya the best amid the recent world problems, especially the ongoing war in Yara’s home country.

90 Day Fiance star Jovi Dufren also took to social media to share a wholesome picture with his family. Apparently, Jovi can’t help but adore Mylah’s expression when she’s being kissed by her mother. “This girl is such a little diva just like her momma,” Jovi said.

Fans also took to Jovi’s comment section to talk about Mylah’s adorable personality. “Love her! She is SO adorable and Yara is such a good momma!” one fan said. Others also praised Jovi and Yara for their parenting and efforts to keep Mylah happy despite all the stress they’ve been suffering lately.

90 Day Fiance fans also took to Jovi Dufren’s social media to talk about their possible TLC return. According to some, they’re starting to miss Jovi and Yara Zaya and they’re hoping that TLC will bring them back soon. Apparently, Jovi and Yara easily became the fan favorites after their season. TLC also gave them multiple spinoffs. However, fans are hoping that they’re getting a show focusing on their family.

It’s clear to see that fans still want more from Jovi and Yara. At this point, TLC has yet to share its plans for the couple. However, it’s most likely that Jovi and Yara will still be around the franchise due to their popularity.