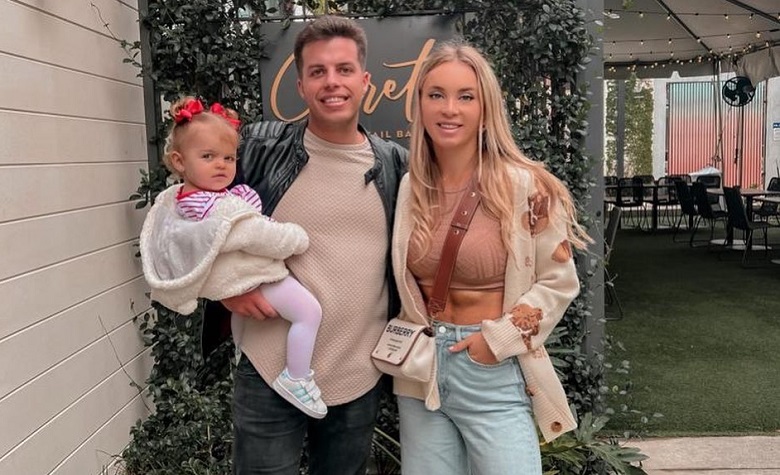 90 Day Fiance star Jovi Dufren loves to share adorable updates about his family on social media. Fans are also praising Jovi for staying positive despite the ongoing war in Yara Zaya’s home country, Ukraine. Fans have also seen his efforts to keep his family happy despite all the stress they’ve been facing. Now, Jovi is back to share another update with the fans. This time, Jovi shares an adorable Easter Bunny picture of his daughter, Mylah.

In a social media post, 90 Day Fiance star Jovi Dufren shared a picture of his family with an Easter Bunny. Jovi also shared that Mylah was terrified of the mascot. Due to this, Jovi and Yara Zaya had to join her to take a picture. “Mylah’s Easter Bunny pic. She was terrified, making it absolutely impossible for her to take the pic alone. As soon as she saw him she began to cry. Maybe next year,” Jovi said.

Meanwhile, fans took Jovi’s comment section to praise him and Yara for making Mylah feel safe and happy. “Girls need their daddy to protect them from the scary bunny, and having mama nearby doesn’t hurt either!” one fan said. “The photo turned out beautiful, no one would have ever known, you managed to get a really nice smile out of her,” another fan added.

Fans Continue To Praise Jovi Efforts For His Family

90 Day Fiance fans have been showing support to Jovi Dufren and Yara Zaya over the past couple of months. Fans are also praising Jovi for his efforts for his family despite all the problems they’ve been facing lately. It’s known that Yara Zaya is dealing with so much stress since the war broke out in her home country. It also appears that Jovi made big adjustments to his worktime as he can now spend more time with his daughter and wife. According to some, it’s a clear indication that Jovi has become more mature and he’s loving his life of being a father and a husband.

90 Day Fiance stars Jovi Dufren and Yara Zaya have been planning to move to a different state. However, it seems that the war in Yara’s home country brought a huge roadblock to their plans. According to some, it seems that Yara doesn’t want to do any big steps at this point as she wants to focus on sending help and praying for her home country. Yara is also using her social media to share updates about what’s been happening in her home country. Due to this, fans can expect that it will take some time before Jovi and Yara share a major update about their family.

Meanwhile, fans continue to show support to Yara by sending strong messages on her social media. Yara is also thankful for all the support and prayers that she and her family have been receiving.