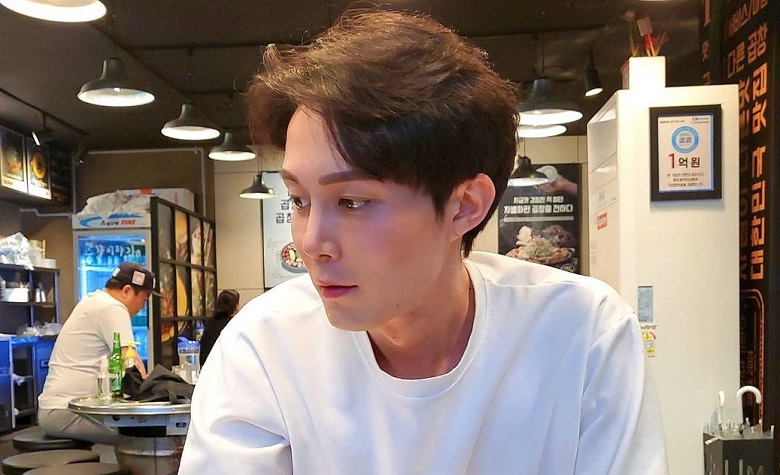 90 Day Fiance star Jihoon Lee has been inactive on social media lately. His previous social media posts barely revealed anything about his life as well. Apparently, fans have been wanting to hear more from Jihoon after his heartbreaking separation with his son, Taeyang, due to his split with Deavan Clegg. It even came to the point where Jihoon received support from a legal team to help with him the custody over Taeyang. Unfortunately, Jihoon cut ties with his legal team after a feud. Now, Jihoon is back to share an update with the fans. This time, Jihoon bonds with his friend, and fans think that he’s looking happier lately.

In a social media post, 90 Day Fiance star Jihoon Lee shared a picture of him with his friend having a fun time in a restaurant. Jihoon’s caption translates to, “enjoy life.” It’s clear to see that Jihoon is focusing more on the positivities amid his separation from his son, Taeyang. Fans also praised Jihoon’s glowing look and said that he deserves all the happiness. “You are so so gorgeous Jihoon!” one fan said. “Hope you’re living your best life, Jihoon,” another fan added.

90 Day Fiance fans also noticed that Deavan Clegg suddenly became inactive online. The reason behind her sudden absence is unclear. However, fans think that she’s just focusing more on her family. There are reports stating that Deavan could be pregnant as well. Meanwhile, some think that she’s just preparing her wedding with Topher Park. On the other hand, Topher has been focusing more on his career. Fans also praise him for his efforts to Deavan and her kids.

At this point, Deavan and Topher have yet to share updates with the kids. However, Deavan previously shared a picture of Taeyang looking so happy with Topher.