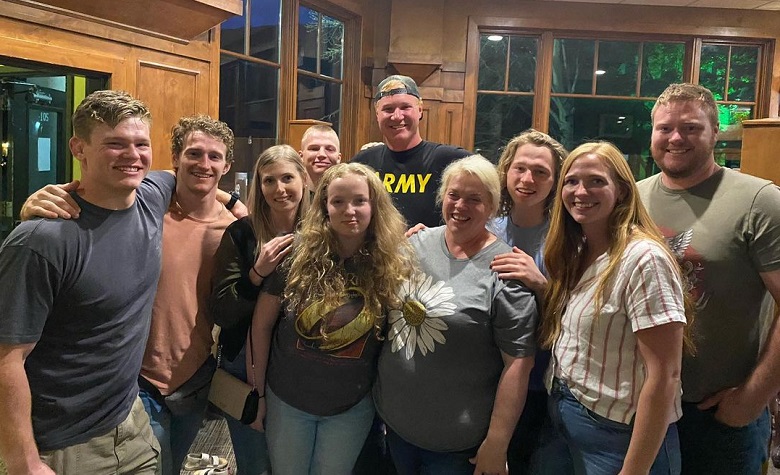 Sister Wives star Janelle Brown has been making headlines after the recent episode of Season 16. Apparently, Janelle admitted that she’s having a hard time with Kody Brown and she’s having thoughts about leaving. It’s known that Janelle hated Kody’s strict social distancing rules. It even came to the point where Janelle cursed at Kody and walked out due to her frustration. Things also got worse after an insider close to the plural family claimed that Janelle meant it when she said she wants to leave. Now, the split rumors of the two are rising once again after fans noticed that Kody has been missing on Janelle’s recent posts.

Sister Wives star Janelle Brown has been expressing her frustration towards Kody Brown during Season 16. Fans also think that this is the saddest version of Janelle that they have ever seen. Some even think that Janelle is no longer happy about how the plural family works. Now, fans have been speculating if Janelle has already left Kody. Apparently, fans have been noticing Kody’s absence on Janelle’s social media. Fans even think that Kody has yet to spend time with Janelle and their children since she left her RV in Coyote Pass. Fans also think that the insider’s claims about Janelle are true. The insider also said that their split is going to happen, and many think that it’s a matter of time before Janelle follows in Christine Brown’s footsteps.

Janelle Continues To Spend Time With Her Kids

At this point, Sister Wives star Janelle Brown has been sharing pictures of her bonding moment with her kids. Fans are also happy that Janelle gets to spend a lot of time with her children instead of suffering from isolation due to Kody’s strict rules. Janelle also took social media recently to share that her son, Garrison, adopted a cat and fans are loving it. Meanwhile, fans think that Janelle is still in touch with Christine Brown. According to some, Christine might be encouraging Janelle to leave Kody as well.

Sister Wives: Will Janelle Brown Return To Her RV Life In Coyote Pass?

At this point, Sister Wives star Janelle Brown has yet to share if she’ll go back to her RV in Coyote Pass. She did announce that she’ll get back once winter is over. However, fans think that Janelle is now having second thoughts on going back after having so much fun spending time with her kids. Some also think that Janelle no longer wants to go back due to her struggling relationship with Kody Brown.

Fans have praised Janelle’s RV life back then. Many are also amazed by her tips about living in an RV. However, it seems that she also struggled a lot with her living condition, especially when it comes to the rapid changes in temperatures.