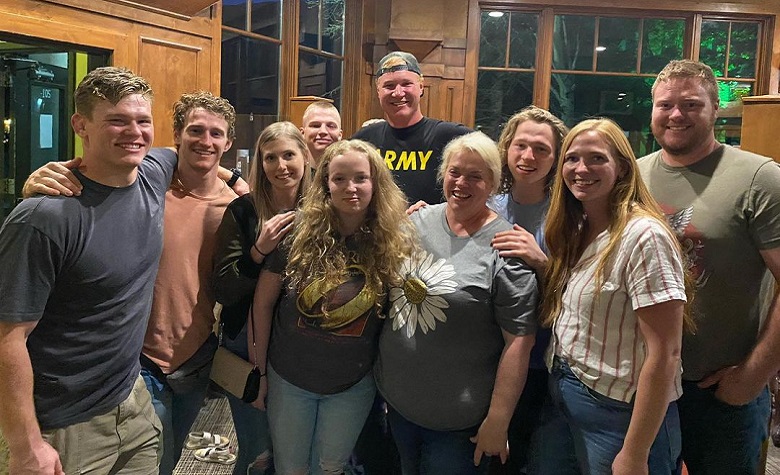 Sister Wives star Janelle Brown has been making headlines after showing her frustration towards to plural family’s struggles during Season 16. It even came to the point where she cursed at Kody Brown and walked out due to her frustration. Janelle also had a one-on-one discussion with Robyn Brown during the latest episode. Apparently, Janelle is having second thoughts about her future with the plural family. However, it seems that she still wants to work things out. Now, Janelle recently took social media to share that she’s been having a blast bonding with her kids despite Kody’s absence.

In a social media post, Sister Wives star Janelle Brown shared a picture of her kids as she continues to bond with them amid Kody Brown’s absence. “Maddie and I had an event with Plexus this weekend in Phoenix. So the boys drove down and we met for dinner. Happy mama!” Janelle captioned. It’s clear to see that Janelle is having so much fun bonding with her kids. Fans are also glad that Janelle is still enjoying her life despite Kody’s lack of presence in her family. “I love you all smiling. Don’t let your dad change these happy faces,” one fan said. “Hope you had an amazing time with your kids. I 100% support you! Kids ALWAYS come first!” another fan added.

Aside from her bonding moments with her kids, Sister Wives star Janelle Brown also took social media to share a new member of their family. Apparently, Janelle revealed that her son, Garrison, adopted a cat. “Garrison called me today to say he has adopted a cat! He bought a home last month and now feels he is in a more settled place,” Janelle said. “Name is TBD. Garrison told me this is his first official family portrait,” she added. Fans also praised Garrison for adopting a cat. Some are also hoping to see more updates about Garrison in the future.

Sister Wives: Janelle Brown Thinking About Walking Away From The Plural Family?

Sister Wives fans are still in shock with Janelle Brown’s revelations during the latest episode of Season 16. Apparently, Janelle is finally expressing her thoughts about her struggles with the plural family and Kody Brown. According to Janelle, it will be easier for her to walk away from her strained plural marriage with Kody. The other wives are also stressed about what the plural family has become throughout the years. However, fans think that everything will be solved once the pandemic is over.

It’s clear to see that Covid-19 brought so many problems to the plural family. However, fans are hoping that Kody will come up with something that will keep his wives on the same page before it’s too late.