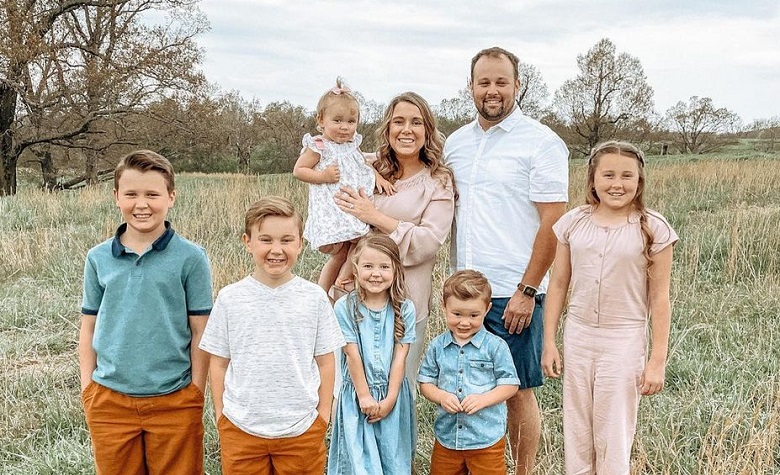 Counting On star Anna Duggar has been silent on social media since Josh Duggar’s guilty verdict. However, it seems that fans can’t help but talk about her online. Apparently, fans recalled the time where Anna said no to Josh’s proposal. According to some, it may be a hint that Anna doesn’t really like Josh but ended up learning to love him throughout the years. Others even think that she fell in love with him too much to the point where she believes he’s innocent despite knowing his immoral behavior.

Counting On: Anna Duggar Originally Said No To Josh Duggar?

Counting On fans took Reddit to talk about Anna Duggar originally saying no to Josh Duggar’s proposal back then. According to some, Anna wasn’t really expecting a marriage proposal from Josh that day. Instead, Anna was expecting a courtship proposal. However, some think Anna didn’t really like Josh back then and her refusal was a hint that she wants to escape. Meanwhile, fans think that what Josh did was rude and horrible. “Insidious and calculated in so many ways. He trapped her by doing a public proposal- and one that would air on national tv. It’s making me anxious just to think about,” one person said. “Because what kind of sociopath crashes a birthday party to propose to someone they’re not even courting? Who does that?” another person added.

Counting On star Anna Duggar has been facing tons of criticisms lately. Apparently, fans think that Anna was brainwashed into believing that her husband is innocent. There are also rumors stating that she had some feud with the Duggars for how they handled Josh’s arrest. Fans also saw Anna holding Josh’s hands throughout his past trials. It’s also believed that she still thinks that her husband didn’t do anything wrong despite receiving a guilty verdict.

At this point, Counting On star Anna Duggar remains silent after Josh Duggar’s guilty verdict. However, there are reports stating that she’s been staying at the Duggar compound and Jana Duggar has been helping her with the kids. There are also rumors stating that the child that wandered around outside alone was one of Anna’s kids, which led to Jana’s recent case of endangering a minor. Some of the Duggar kids have already shared their thoughts regarding Josh’s verdict. Most of them are happy that justice has been served and Josh will have to pay for his immoral sins.

The Duggars have faced so many controversies in recent months. Fans also think that their issues led to Jim Bob Duggar’s big loss on his Arkansas State Senate candidacy.