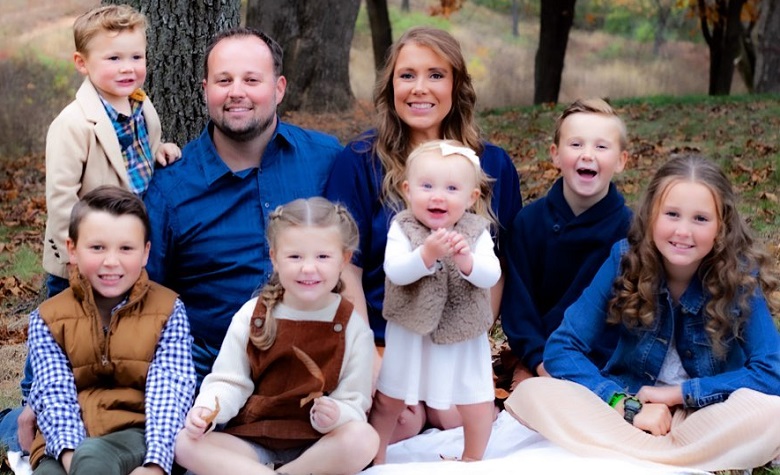 Counting On star Josh Duggar has been making headlines as his final verdict gets closer. Apparently, it’s been a few days since Josh’s trial began and fans have been sharing their theories about the possible outcome. Meanwhile, fans recalled that Anna has just given birth to her seventh child. She also named her Madyson, which is awkwardly close to the adult-based website that Josh signed up to years ago. Now, fans took Reddit to discuss how the two are spending their time with their newborn daughter.

Counting On: How Josh Duggar & Anna Duggar Spend Time With Their Newborn Daughter?

Counting On fans took Reddit to discuss how Josh Duggar and Anna Duggar spend time with their newborn daughter, Madyson Lily Duggar. Apparently, reports claimed that Josh is not allowed to see his kids unless Anna Duggar is present. Due to this, fans think that Anna has been trying to bring her newborn daughter to Josh. Meanwhile, fans think that Josh and Anna’s kids aren’t getting the attention they need due to their busy schedules from the trial.

Counting On star Jana Duggar was reportedly tasked to take care of Anna Duggar’s kids while she’s giving birth to Madyson. Fans think that it’s Jim Bob Duggar’s way to show that they won’t leave Anna despite their rumored feud. Apparently, reports claimed that Anna has been blaming Jim Bob for enabling Josh’s immoral behavior. There are also reports stating that she’s upset about how Jim Bob handled Josh’s arrest. Meanwhile, fans think that Jim Bob is still sending some of his kids to babysit Anna’s children.

Counting On: Anna Duggar Is Still Siding With Josh

According to reports, Counting On star Anna Duggar still believes that Josh Duggar is innocent. Many are also shocked about how she feels about her husband despite the strong pieces of evidence against him. There are also photos of Anna and Josh walking outside the courthouse while holding each other’s hands. Some think that Anna is trying to show that she’d never leave her husband despite his immoral sins. Meanwhile, others think that Anna is already making plans if ever Josh gets imprisoned. According to reports, there’s a high possibility that Anna will set up a prison ministry similar to her father, Mike Keller.

At this point, Anna has yet to share updates regarding her struggling family. However, there are reports stating that she’s been receiving help from the Reber family as well as some members of the Duggars.