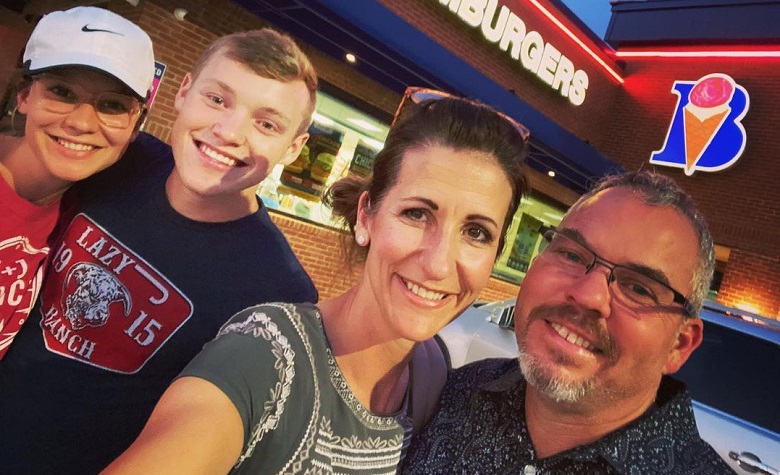 Counting On star Justin Duggar has been making headlines after his controversial photo at Josh Duggar’s trial. Apparently, Justin gave a thumbs-up while smiling in front of the cameras after leaving the courthouse. According to some, what Justin did was reckless and immature. However, it seems that Justin has his own reasons as to why he did such an act. Fortunately for Justin, his mother-in-law, Hilary Spivey is there to defend him and explain his side.

Hilary Spivey recently took social media to open up about Counting On star Justin Duggar’s controversial court photo. Apparently, Hilary wants to make it clear that Justin is a good person and he has no intention of making a controversial act. According to Hilary, she knows Justin more than any other fans and critics online. She also said that Justin doesn’t have an unkind or mean personality. Instead, Hilary revealed that he just wanted to spread positivity amid all of the stressful events. However, some are still not having it and said that Justin shouldn’t act like that in such a situation, especially since his brother is involved in a serious crime.

Justin’s Positivity Throughout The Years

Counting On fans have seen Justin Duggar’s positivity throughout the years. Some even think that he’s one of the few sons of Jim Bob who hasn’t done anything controversial. It also appears that Justin is one of the family members who love to keep the family active and happy. However, it seems that Justin won’t escape the online hate brought by his disgraced brother, Josh Duggar. Justin is currently in Texas with his wife, Claire Spivey. However, there are reports stating that he and some of his siblings are set to testify against Josh in the coming days.

Counting On: Amy Duggar Is Not A Big Fan Of Justin

Counting On star Amy Duggar has been expressing her hatred towards the Duggars since Josh Duggar’s trials started. She even took social media to shade Justin Duggar’s controversial act. Apparently, Amy has been trying to spread child abuse awareness since learning about Josh’s immoral sins. She even revealed that she wants to break her NDA with TLC to finally expose the family’s dark secrets.

At this point, Amy has been sharing cryptic messages online and most of it seems to depict her hatred towards Josh and the Duggar family. However, it’s unclear if she’s going to attend Josh’s trial and testify against him.

‘Counting On’: Fans React To Josh’s Motion For Acquittal
‘Counting On’: Some Younger Duggars Are About To Enter Courtships?
’90 Day Fiance’: Jovi & Yara Shares Adorable Updates With Mylah
‘Counting On’: Will Jill Duggar Ever Return To Social Media?
Kate Middleton Could Take Over Royal Duty Stripped From Prince Andrew