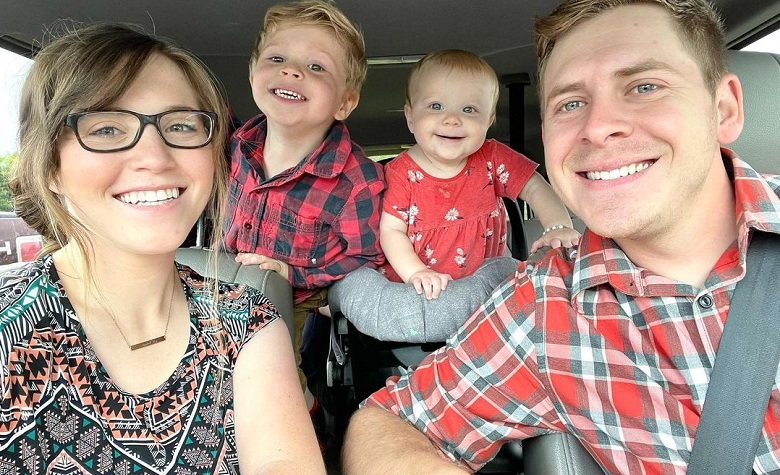 Counting On star Joy-Anna Duggar loves to share sweet pictures with her kids online. Fans also noticed that Joy-Anna and her family have been spending so much time outdoors lately. According to some, it’s one of Joy-Anna’s ways to escape from the stress caused by her brother, Josh Duggar. Now, Joy-Anna is back with another wholesome story with the fans. This time, Joy-Anna shares her outdoor fun time with her kids as she talks about how big they’ve become in a short span of time.

Counting On: Joy-Anna Duggar Can’t Believe How Fast Her Kids Have Grown

In a social media post, Counting On star Joy-Anna Duggar talks about how fast her kids are growing. According to Joy-Anna, she can’t believe that she only has a few Autumn seasons left with Gideon and Evelyn before they’re grown. “It puts things into perspective and helps me cherish the good and the hard days I have with them,” Joy-Anna added. Moments later, fans took Joy-Anna’s comment section to talk about how fast her kids are growing. “I can’t believe how much they’ve grown! Gideon was born 2 minutes ago,” one fan said. “Cherish every moment, even the difficult ones. Times goes by so quickly – you blink and they’re grown,” another fan added.

After talking about how her kids grow so fast, Counting On star Joy-Anna Duggar shared clips from Evelyn and Gideon’s playtime. One of the clips showed Evelyn playing near Joy-Anna. Fans are also amazed to see Evelyn being able to walk on her own more consistently than before. After that, Joy-Anna shared a clip of Gideon playing with his favorite toy truck. Fans have been praising Joy-Anna for making such precious and unforgettable memories with her kids. Fans also noticed that Joy-Anna has been traveling a lot with Evelyn and Gideon lately. At one point, Joy-Anna brought the kids to Fort Rock Family Camp. She also visited Silver Dollar City Theme Park with Austin Forsyth and their kids.

Counting On: Joy-Anna and Her Siblings Remain Silent About Jim Bob Duggar’s Candidacy

Counting On star Joy-Anna Duggar has been active on social media lately. However, she never opened up about her father Jim Bob Duggar’s candidacy for Arkansas State Senate. Fans also noticed that some of Joy-Anna’s siblings haven’t talked about their parents in months, seemingly showing that there’s something going on behind the cameras. There are also reports claiming that the Duggars are falling apart due to Josh Duggar’s arrest and how Jim Bob is handling things.