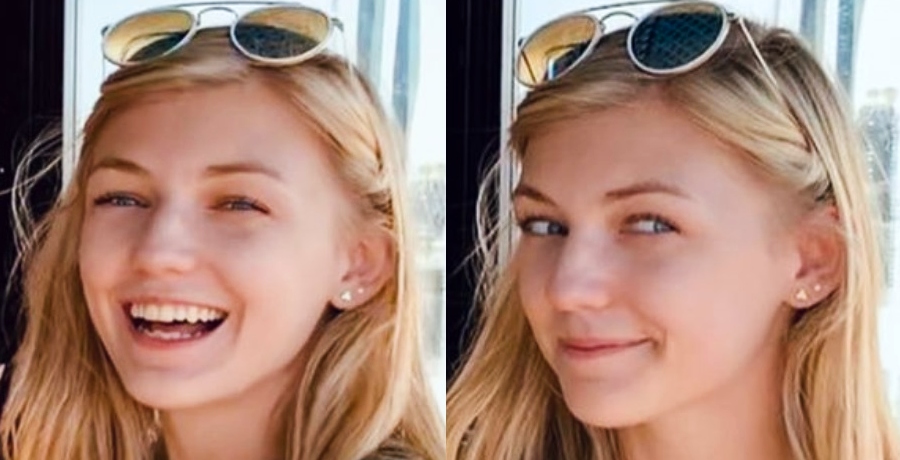 Gabby Petito was an aspiring travel blogger before her death. There is an ongoing manhunt for Brian Laundrie, Gabby’s fiance. He was with her on their cross-country road trip and is the only person wanted as a person of interest in her death. He disappeared from his North Port, Florida home just days before Gabby’s body was discovered in Wyoming. Upon confirming her death, Gabby’s father, Joseph Petito, shared a photo of Gabby standing in front of angel wings. It has since been revealed when and where the photo took place.

Where did Gabby Petito take photos with angel wings?

OutThereColorado, shared details about the photo showing Gabby Petito standing in front of angel wings. The photo was taken near Colorado Springs in Old Colorado City. The exact location of the angel wings is 2511 West Colorado Avenue. The iconic painting was designed by Diego Jaguart.

Gabby Petito did pass through Old Colorado City in the summer of 2021 while traveling with Brian Laundrie. However, the iconic photo of her in front of the wings was not taken in 2021. According to the report, Gabby had been to this location roughly two years ago. While visiting Colorado two years ago, Gabby also hiked Garden of the Gods.

Gabby shared the photo of herself with the wings on Instagram October 17, 2019.

The photo was shared once again with followers and supporters the day Gabby’s remains were found in Wyoming. The photo shared by Joseph Petito said, “She touched the world.” It became a symbol of Gabby and all she went through. It has since been shared worldwide.

The man who painted the wings said, “I don’t feel happy because my wings are famous, I feel sad. But this now for me is an honor.”

His wife also commented saying, “This used to be a wearable art boutique, and we wanted to draw attention to the store and also have something that people could interact with, so we did an event here and he painted it live.”Adhya Spencer continued, “His focus at first was the bird, the phoenix, and the idea of being reborn. Reborn from the ashes….”

Jaguart returned to the artwork to touch up the colors this past week. Tourists from all over the world have always viewed the spot as a great photo op. Now, many who visit will think of Gabby. As for Jaguart, seeing the photo of Gabby he said she looks like an angel and that she looks free.

‘Counting On’: Amy Duggar Reacts To Josh Duggar’s Sentencing
‘Counting On’: Fans Discuss The Sudden Absence Of Some Duggars
‘Sister Wives’: Christine & Janelle Stun In 50’s Themed Party
’90 Day Fiance’: What’s Next For Jihoon After Losing Custody Of His Son?
‘Sister Wives’: Why Fans Think Robyn Makes Up A Lot Of Stories