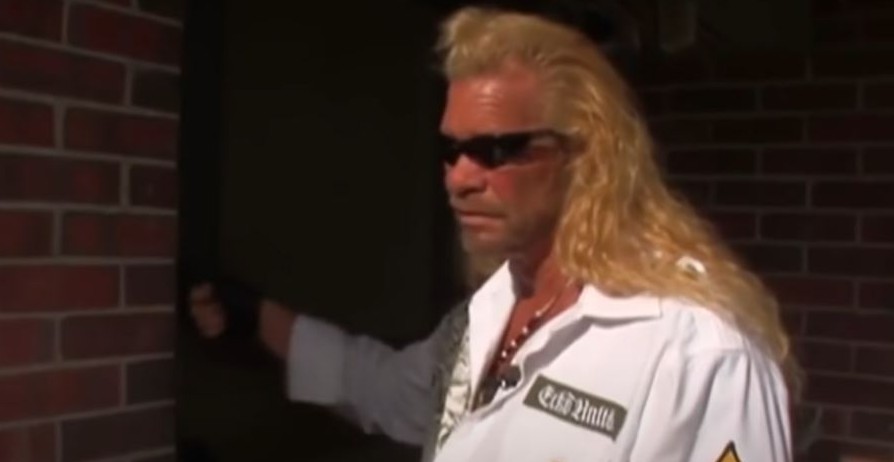 Dog the Bounty Hunter, also known as Duane Chapman, made another attempt to speak with the Laundrie family today. This time instead of going to see Chris and Roberta Laundrie, Chapman went to Cassie Laundrie’s house. Cassie is Brian Laundrie’s sister. So far, she is the only member of the family to speak publicly in regards to her brother’s disappearance. Chapman went to her home in hopes she would speak to him about Brian. Did it work? Was he able to chat with Cassie?

Was Dog the Bounty Hunter able to speak with Brian Laundrie’s sister Cassie?

TMZ reported Wednesday that Duane Chapman was on his way to speak to Brian Laundrie’s sister Cassie. What happened? It was reported by the news outlet that Dog the Bounty Hunter had not left Florida which contradicted earlier reports. He suffered an ankle injury earlier in the week and was going to go back home to Colorado to have it checked out. However, it has now been learned he wanted to stay behind in Florida longer to follow some leads.

Chapman has been working to help locate missing fugitive Brian Laundrie. While he still has plans to have the ankle checked out, he wanted to try and speak with Cassie Laundrie first. He did say his ankle is doing better. However, it was noted he’s still limping.

Was Chapman’s visit successful? Duane Chapman reportedly arrived at Cassie’s home about 40 miles from North Port. He went straight to the front door and started knocking. Nobody answered although a vehicle was seen arriving home earlier.

Chapman told reporters he believes Cassie knows more than she is saying. He wants an opportunity to speak with her about her brother.

Cassie Laundrie only member of family to speak out

So far, Cassie Laundrie has been the only member of the family to speak out since her brother Brian was reported missing. It was later discovered that Cassie did see Brian Laundrie when he returned from Wyoming. She said he showed up with her parents in Brian’s Mustang. At the time, Cassie said she did not know Gabby Petito was missing. She also saw him one more time at a campground before he went missing.

Brian Laundrie is wanted for questioning in the death of his fiance Gabby Petito. The coroner’s office announced this week that Gabby died as a result of strangulation.

Anyone with information on Laundrie is asked to contact police.