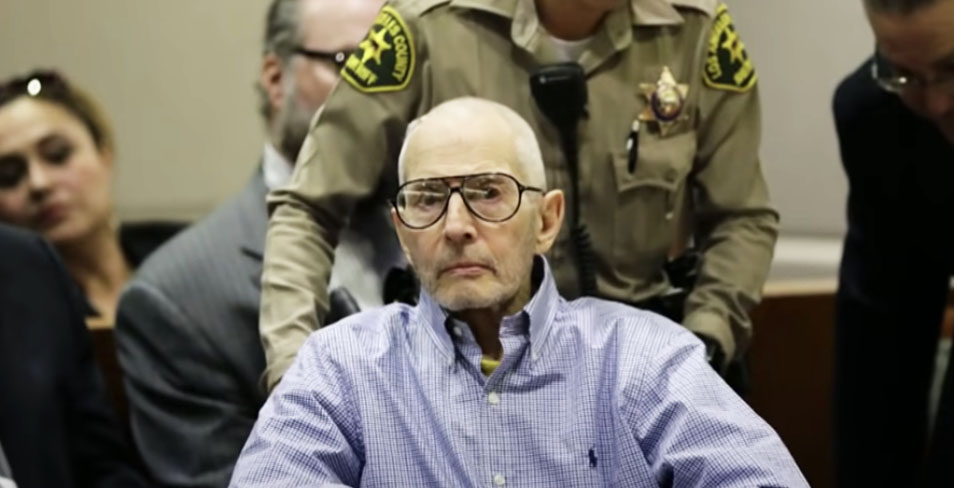 Confessed murder Robert Durst is on a ventilator, just days after being sentenced to life in prison. Keep reading to find out more about this chilling case.

TMZ reports that six years ago, Robert Durst confessed to murdering Susan Berman and his wife, Kathy Durst. However, the confession may not have been intentional. The news outlet explains that he had a hot mic while filming a documentary, The Jinx: The Life and. Deaths of Robert Durst.

Claiming that he was high on meth, the HBO documentary catches Durst saying: “You’re caught… What the hell did I do? Killed them all, of course.”

This case goes back to 1982. At the time, Robert Durst’s wife, Kathy disappeared. Sadly, she was never found. Rober Durst was suspected of killing her, but he was never charged. Instead, Kathy’s family filed a wrongful death suit against Durst, but he won.

While law enforcement says they linked the letter to Durst, the case went cold. However, when The Jinx: The Life and Deaths of Robert Durst came out, it was reopened. Nearly two decades later, Robert Durst stood trial for the crime.

Concerningly, the deaths of these two women aren’t the only times Robert Durst has seen the inside of a courtroom for murder. In 2003, he was acquitted for the 2001 death of a neighbor. Living in Texas at the time, Durst claims he “accidentally shot the neighbor in the forehead during a struggle.”

Now, just mere days after receiving a life sentence, Robert Durst is on a ventilator. Durst’s attorney, Dick DeGuerin shares the news with the media. He shares that Durst contracted the virus (COVID) a few days ago and is now on a ventilator. At 78 years old, TMZ reports that his health “was already in decline before this COVID diagnosis.” His attorney reports that this is the “worst” he’s ever seen him. At the time of this writing, it is uncertain how or when Robert Durst contracted COVID-19.

Are you going to watch The Jinx: The Life and. Deaths of Robert Durst? Let us know your thoughts in the comment section below. Make sure to come back to Entertainment Chronicle for more true crime news.