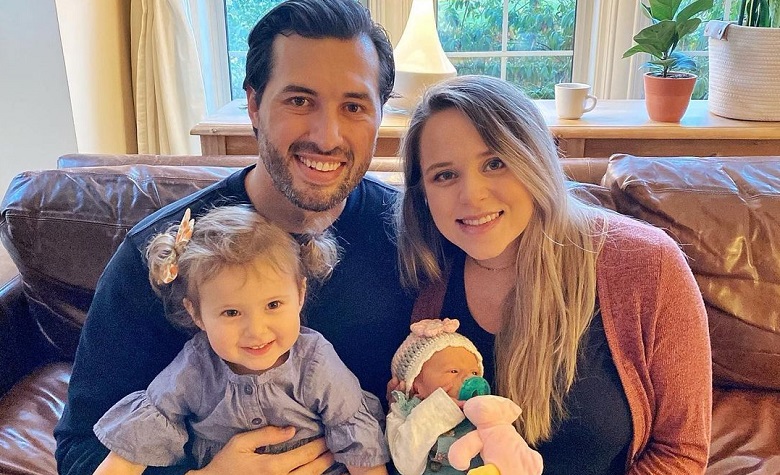 Counting On fans have seen some of the Duggars preparing for the Fall season. Some of them have been traveling lately, while some are busy decorating their house. Meanwhile, Jinger Duggar has a fun way to celebrate Fall. Recently, Jinger and Jeremy Vuolo brought the kids to a pumpkin festival. Fans also praised Jinger for sharing updates about her kids despite wanting privacy for them. On the other hand, Jeremy left the fans in awe after sharing their recent shopping trip with the kids.

In a social media post, Counting On star Jinger Duggar shared a picture of her daughter, Felicity, enjoying her time at a pumpkin festival. “Picking pumpkins with our little pumpkins,” Jinger captioned. Apparently, it’s rare for Jinger to share pictures of her daughters. According to Jinger, they want to keep things private when it comes to their kids while they’re still young. However, it seems that Jinger still wants the fans to get a little glimpse of her daughters to prove that they’re doing fine. Fans also took Jinger’s comment section to praise her decision of keeping her kids away from the online world. “I appreciate the privacy consideration for your little ones,” one fan said. “Lovely picture. It’s so good to see how you protect them from the world,” another fan added.

Counting On stars Jeremy Vuolo recently took social media to share another picture of the kids. However, it’s another back-facing picture like they usually do. “My three favorite girls (one of them was taking the picture),” Jeremy said. It appears that the two are slowly bringing their kids back to social media by sharing back-facing pictures of them. Fans are also getting used to the usual photos of the kids. Meanwhile, some noticed that Felicity is getting bigger. “Felicity is already such a tall ‘little’ lady!” one fan said.

Aside from sharing pictures of their kids, Counting On star Jinger Duggar has been making headlines after her massive weight loss. In a social media post, Jeremy Vuolo shared a picture of Jinger looking so thin. Apparently, Jinger has been working out lately. At one point, Jinger shared a wholesome picture of her working out with her daughter, Evangeline. It also appears that Jeremy has been coaching Jinger on her workouts as he used to be a professional football player.

It’s clear to see that Jinger and Jeremy have been focused on a healthy lifestyle. Some of the Duggars have been into sports lately as well. One of them is Joy-Anna Duggar, who joined a softball league where some of her siblings also participate. Will the other Duggars follow the latest trend of their siblings?

‘Counting On’: How Jill Duggar Is Staying Strong After Heartbreak
’90 Day Fiance’: Jovi & Yara Expecting Baby Number 2?
‘Counting On’: Joy-Anna Leaves Fans In Awe With Evelyn’s ‘Happy Face’
‘Counting On’: Did Jill Duggar Get A New Tattoo After Miscarriage?
‘Sister Wives’: Meri Praised For Sweet Gesture After Surprising A Friend