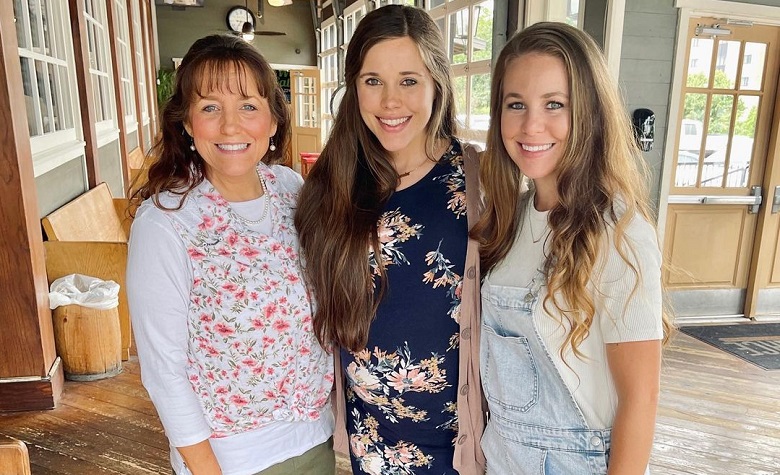 Counting On stars Jessa Duggar and Jana Duggar are two of the most-watched daughters of Jim Bob Duggar. Apparently, Jessa and Jana are some of the most dedicated kids of Jim Bob when it comes to following their religious beliefs. However, as time goes by, fans noticed that Jessa and Jana are changing their ways. One of which is their decisions in wearing pants. Back in the day, Jana and Jessa only wore full-length skirts. However, fans have been noticing that they’re starting to wear pants, even inside their religious activities.

Counting On: Jessa and Jana Prove Wearing Pants Is Now The New Normal

In a social media post, Counting On star Jessa Duggar shared pictures of her with her sister, Jana Duggar, in a religious conference.”What a wonderful lineup of speakers at this year’s @g3conference! Sad it’s over, and already looking forward to 2023!” Jessa captioned. Moments later, fans noticed Jana’s fashion as she wears pants in religious activity. According to some, Jessa may have allowed her sister to wear pants as she also does it from time to time. At one point, Jessa shared pictures of her wearing pants during their morning family date in a coffee shop. Jana has been wearing pants on her recent travels as well, proving that wearing pants is now a normal thing in the family.

Jill and Jinger Have Been Doing The Same

Counting On fans have seen some of the Duggar girls wearing pants. It also appears that it has become a new trend to the family lately. Apparently, Jill Duggar, who’s been estranged from the family for years, has been wearing pants and shorts for quite some time. Aside from Jill, Jinger Duggar previously went headlines after opening up about why she’s wearing pants. According to Jinger, she tried to find an answer in the bible about forbidding women from wearing pants. However, she couldn’t find any, which is why she started to wear anything she wants.

Counting On: Jim Bob and Michelle’s Thoughts On Letting The Kids Wear Pants

At this point, Counting On stars Jim Bob Duggar and Michelle Duggar have yet to share comments regarding their daughters’ recent rebellion. However, fans have never seen Michelle wearing pants, indicating that they’re still following their conservative beliefs. Some of the Duggar girls that live with Jim Bob and Michelle also wear full-length skirts from time to time. However, it seems that Jim Bob doesn’t mind that some of his older daughters are starting to wear pants.