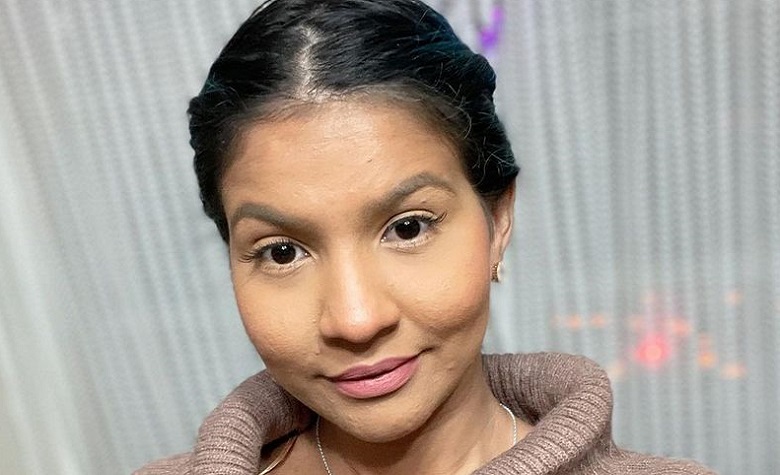 90 Day Fiance star Karine Staehle has been active on social media lately. Most of the time, Karine shares wholesome updates with her family, especially during the current Fall season. At one point, Karine shared clips and pictures around their Halloween-themed hometown. Karine also decorated their house for Halloween, showing signs that she and Paul Staehle are finally living a happy life. Now, Karine is back to share another wholesome update with the fans. This time, it’s about her cosmetology school.

In a social media post, 90 Day Fiance star Karine Staehle shared an update about her school life. “School is not being easy and it will not be easy. But I’m loving everything about it,” Karine said. Apparently, Karine is currently studying in a cosmetology school, which has been her dream for a long time. Thanks to Paul Staehle and their families, Karine was able to pursue her goals. However, it wasn’t an easy start for Karine and Paul. According to reports, the two struggled financially to the point where Karine almost quit her school. Fortunately, things are coming together again for Karine and Paul.

90 Day Fiance star Karine Staehle has been showing how happy she is with her life. However, despite all the positivities, Karine and Paul Staehle have faced so many challenges lately. At one point, Paul took social media to reveal that Karine quit her cosmetology career. Paul even posted his negative STD results online, showing that his fight with Karine got too far. This wasn’t the first time that the two hit a rocky road in their marriage. At one point, Karine and Paul had to file restraining orders against each other. Fortunately, the two managed to overcome their struggles and are now living a happy life.

In a social media post, 90 Day Fiance star Paul Staehle shared a clip of him and Karine Staehle going through a haunted house as they celebrate Halloween. “Black Orchard Haunted House,” Paul captioned. “I apologize for the darkness in the beginning the camera man gets a flashlight and it improves,” he added. Fans also took Paul’s comment section to talk about how hilarious Karine was by the end of the clip. Apparently, Karine ran so fast after getting chased by a costumed person. “Lmao Karine ran like she was on fire at the end! Girl I’d be running too!” one fan said.

It’s clear to see that Paul and Karine are finally having so much fun with their lives after the stressful and challenging months in their marriage. Fans also think that they deserve another shot in TLC. Will the network bring Paul and Karine back to the franchise?