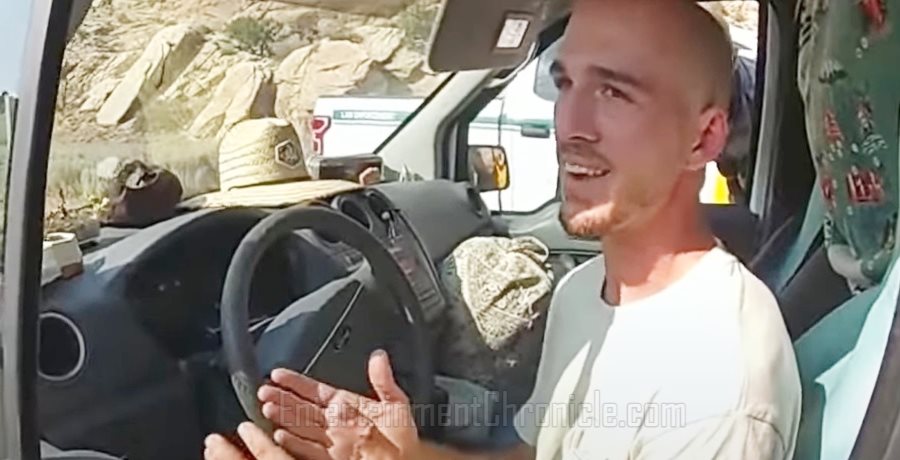 The plot continues to thicken as reports are surfacing that there are some who support Brian Laundrie. He’s been named a person of interest in the death of travel blogger Gabby Petito. She was just 22 years old and found deceased in Wyoming’s Bridger-Teton National Forest on September 21. The autopsy revealed Petito was a victim of homicide. Since then, Laundrie has refused to cooperate with law enforcement regarding his missing fiance. Now, he’s missing and many assume he’s on the run. As the search for him continues, it appears there are Reddit subgroups that are painting quite a different picture of Laundrie.

News of Gabby Petito has become a worldwide interest to many who want answers as to what happened to the young blogger. She and Laundrie were traveling across the country together in her white van. They were documenting their journey on Instagram. Then, the unthinkable happened. Laundrie reappeared in Florida without his fiance. Now, there’s a manhunt searching for Laundrie who FBI officials feel can offer insight into what happened in Wyoming.

Insider shared details about the groups on Reddit that are showing support for Brian Laundrie. In fact, they are painting quite a different picture of Laundrie. Some are even calling him a victim and saying he’s misunderstood. Who are these people?

Gabby’s family and the world want answers. Many are speculating that Brian Laundrie is guilty. However, he’s yet to be named an official suspect in the case. While most are against Laundrie, there are some on Reddit who support him.

The subreddit r/BrianLaundrie has approximately 2400 subscribers. These followers spend their time speculating on where Brian could be and what his personal life is all about. Some users ask, “Isn’t he a victim of violence too?” Still, others say, “Brian will be remembered more than Gabby.”

Some are thinking of Laundrie as a victim, martyr, and hero who is misunderstood by the media. Others are saying Petito was a “white supremacist.”

There’s another group that is much worse

The above group seems harsh. However, there is another subreddit group that is worse.  The subgroup r/FriendsofBrian has the following as a description. It says, “Brian Laundrie is a victim of domestic abuse who is being unfairly maligned in the court of woefully uninformed public opinion. This community is dedicated to seeing that Brian receives the treatment that he is entitled to by the Constitution of the United States of America, which is innocence until guilt is proven.”

There are also theories surfacing on Reddit that say Petito died of COVID-19. Note, the coroner’s office determined her death to be a homicide, not natural causes.

Others take to the forum to insult Petito while praising Laundrie.

A Reddit spokesperson said, “We are closely reviewing communities related to the Gabby Petito case, including the subreddits in question. We are enforcing our sitewide policies across the platform and will continue to action the communities, content, and users that violate these policies.”

In the meantime, the manhunt for Brian Laundrie continues.