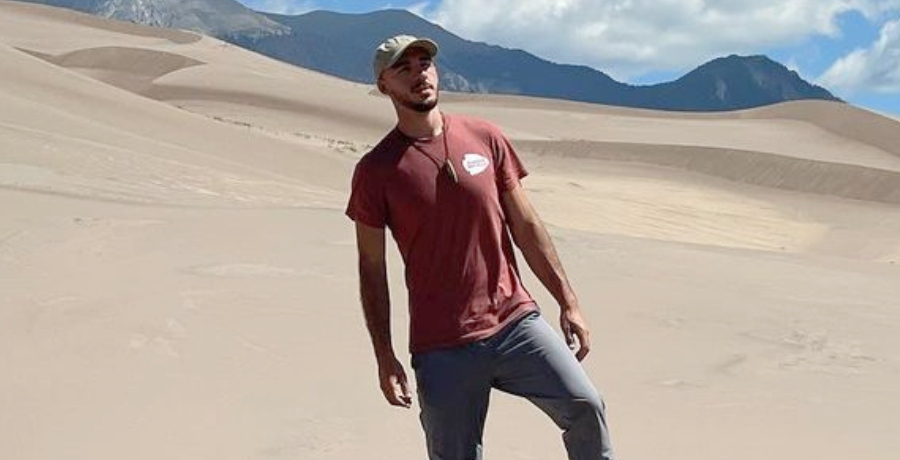 The search for Gabby Petito’s missing fiance continues. His parents reported him missing last Friday night. However, they claim to have not seen him since the previous Tuesday. Police continue to search the swamplands of the Carlton Nature Reserve near the Laundrie residence. However, there have been potential sightings near Mobile, Alabama and now in another country. Where is Brian Laundrie?

TikTok user claims to have seen Brian Laundrie in another country

Meaww shared reports of the potential sighting of Brian Laundrie. According to the TikTok user @cwlynnn, Brian Laundrie was seen in a hotel in Toronto, Canada. The TikTok user is a flight attendant who was staying overnight at the said hotel. The report said she went downstairs to pick up a food delivery. This was when she noticed the man who somewhat resembled Laundrie. She said he looked “flustered.”

She snapped a quick picture from a distance of the man in question. He was a balding white male with prominent facial hair and a build that looks similar to Laundrie.

The flight attendant reported the sighting to hotel management. She was told the gentleman she was talking about didn’t know where he was going. He apparently had the wrong hotel. In the video, she said, “I’m not sure if this looks like him or if I just fell too far down the rabbit hole. You can see the dip in his mustache and the ears are bent down [in her photo], but my ears bend down when I wear a face mask.”

According to another report, there is no indication at this time that law enforcement believes the claim to be legit. However, Laundrie has had multiple days to evade police.

The TikTok user did say she reported the sighting to the FBI for further evaluation.

Is Laundrie even alive?

At this point, nobody knows. Reports have surfaced that Laundrie allegedly used and changed his Spotify account as recently as September 21. While he could have taken his own life, it’s more likely he’s on the run.

Law enforcement continues to search the reserve where his parents claim he was last going. Dive teams have also joined in on the search in hopes of finding a lead.

Brian Laundrie continues to be the most wanted man in America right now. His fiance Gabby Petito was found murdered near a campsite in Wyoming. Final autopsy results are pending to determine her exact cause of death. At this time, Laundrie has not been charged with a crime. He is simply being sought as a person of interest.