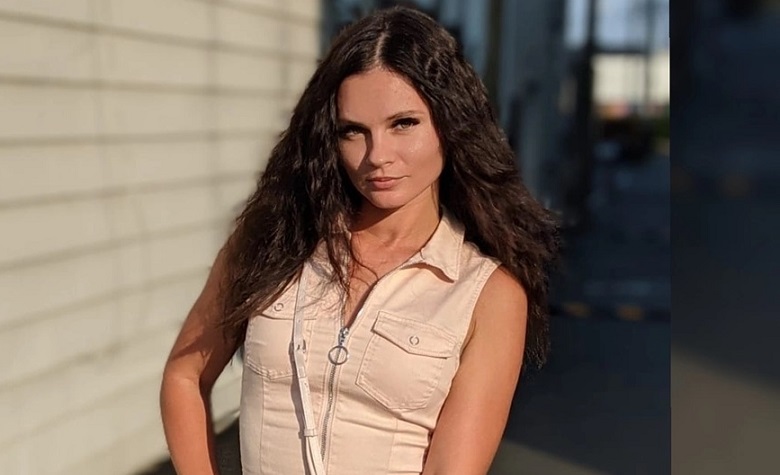 90 Day Fiance star Julia Trubkina is becoming one of the fan-favorites in the franchise. Fans are happy about how things turned out for her and Brandon Gibbs. The two also love to share hilarious pictures and clips on social media, making them one of the most fun couples in TLC. However, there are times where fans get frustrated over Julia. Apparently, Julia recently took social media to promote a diet product. She also claims that it helped her lose weight. Unfortunately, fans aren’t having it as they already know that she only promotes the product for extra income.

In a social media post, 90 Day Fiance star Julia Trubkina shared a picture of her on a beach while promoting a diet product. Apparently, Julia is promoting the diet gummy product which is notoriously promoted by most TLC stars. However, most fans know that it doesn’t really work and those who are promoting it either did plastic surgery or has been working out ever since. Due to this, fans took Julia’s comment section to warn her about promoting the shady diet gummies. “Stop pushing these gummies,” one fan said. “You already have a flat stomach,” another fan added.

90 Day Fiance star Brandon Gibbs has been showing that he’s going to support Julia Trubkina no matter what she does. Apparently, he’s been joining Julia during her online promotions of the diet gummies. However, fans think that Brandon doesn’t have to do it, especially that he managed to become physically fit without the use of the diet gummies. Meanwhile, fans think that Julia is not aware of the criticisms that the product has been receiving. Due to this, some just cheer for Julia whenever she posts something about the product.

90 Day Fiance: Julia Trubkina Is Not The Only One Promoting It

90 Day Fiance fans have seen multiple TLC stars from the past promoting the diet product. However, most of them didn’t really lose weight from the gummies. Due to this, the company received so much negative feedbacks as they let almost anyone promote the gummies. One of them is Angela Deem, who previously had weight loss surgery. According to Angela, the diet gummies helped her lose weight even though she had surgeries. Yara Zaya also promotes the same product online despite her intense workout routines and already looking slim in the first place.

Due to this, fans are hoping that Julia would reconsider her decisions on promoting different products online, especially now that they’re becoming more popular. Will Julia continue to promote the diet gummies?

‘Counting On’: Jessa Duggar Slammed For Chaotic Living Room
‘Counting On’: Fans React To Josh’s Motion For Acquittal
‘Counting On’: Some Younger Duggars Are About To Enter Courtships?
‘Counting On’: Justin & Claire Selling Their Texas Home?
Christine Brown Reacts Over Kody’s Lack Of Interest On Intimate Marriage