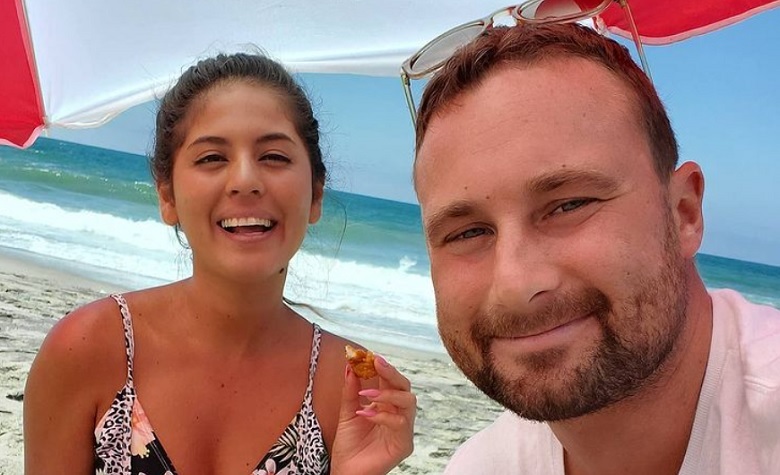 90 Day Fiance star Evelin Villegas has been facing so much hate from the fans lately after seemingly spoiling her storyline with Corey Rathgeber. Apparently, Evelin revealed that she and Corey already tied the knot last year during their recent episode in The Other Way. According to some, Evelin and Corey lied to the fans about their marriage. Some also think that Evelin might have ruined their storyline. Now, Evelin is back to share a sweet message for Corey as he celebrates his birthday.

In a social media post, 90 Day Fiance star Evelin Villegas shared a sweet birthday message for Corey Rathgeber. “Happy birthday my Corey Charles. Cheers to more years of your awesome presence in this earth,” Evelin said. “You better know you are not getting older you are getting more and more yummy. Love u my surfer gringo,” she added. Fans and other TLC stars also wished Corey a happy birthday. However, some are still upset about their recent episode as they seemingly lied to the viewers.

Corey & Evelin Received So Much Hate After Unexpected Revelation

90 Day Fiance stars Evelin Villegas and Corey Rathgeber have been making headlines after their unexpected revelation in The Other Way. Apparently, their storyline revolves around Evelin’s doubts about marrying Corey. Evelin even went out with her sisters to try out wedding gowns. However, later in the episode, fans were shocked after Evelin told her sisters that she and Corey married last year. Corey also took his social media to confirm that they’re married. Some congratulated them, while others expressed their disappointment about their lies.

Now that 90 Day Fiance stars Corey Rathgeber and Evelin Villegas are already married, fans wonder what’s going to happen next in their future episodes. According to some, the two may face struggles in the upcoming episode, which may fuel Evelin’s thoughts about breaking up with Corey. Meanwhile, some are hoping that things will head towards positivity.

Fans are also hoping for Evelin’s beachside bar to become more successful. Apparently, Evelin faced one of the biggest challenges in her life earlier this year after the demolition of her beachside bar. However, she didn’t stop and worked harder to rebuild her bar, which is now almost ready to operate.

Corey and Evelin still have tons of questions to answer. However, despite all the doubters, it’s safe to say that the two proved everyone wrong and showed the world that problems in life won’t stop them from loving one another.