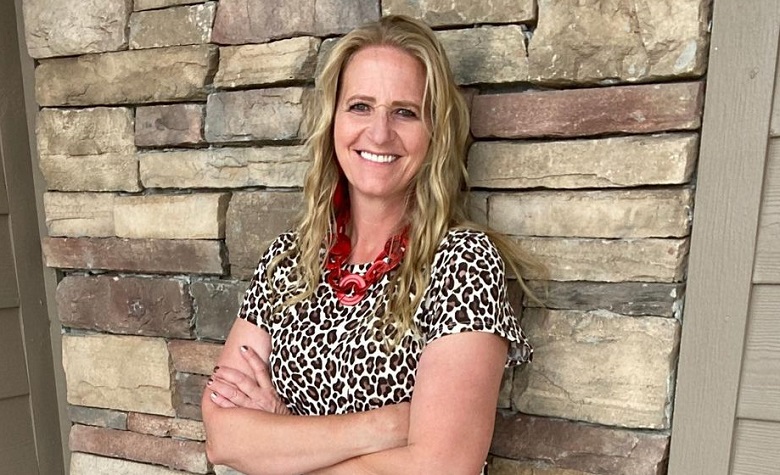 Sister Wives star Christine Brown has been making headlines after reports claimed that she’s moving. It all started when Christine’s Flagstaff home got listed for sale online. It was priced at $720k and disappeared for a while. However, it returned again with a lowered price, suggesting that the sale of the property is urgent. However, Christine remained silent about the rumors of her plans to move. She even confused the fans even further after sharing pictures of her new decorations despite the recent listing of her home.

In a social media post, Sister Wives star Christine Brown shared a picture of her latest house decorations. According to Christine, she decided to fully change the theme of her house. “A kind of French Country look. So excited!! Of course, it will all come down for Halloween Decorations SOON!” she added. Fans were amazed by the furniture. However, some were confused as Christine was reportedly moving. According to some, Christine’s recent decorations and future plans for Halloween suggest that she may not move at all.

Sister Wives star Christine Brown has been confusing the fans after reuniting with Janelle Brown. Apparently, Christine joined Janelle’s diet program amid the rumors of her plans to move. According to some, Christine’s reunion with Janelle may be an indication that she’s still connected with the plural family. However, some thought that Christine wanted to move due to her issues with the wives and Kody Brown. Due to this, fans called out Christine and asked if she’s indeed moving. Unfortunately, Christine never answers questions regarding her plans to relocate.

According to reports, Sister Wives star Christine Brown is planning to move back to Utah. Christine has also expressed her interest in going back to their once-called home during their latest season. However, Kody Brown and the other wives disagreed with her proposal. Now, there are rumors stating that Christine is trying to rush the sale of her house after cutting the price to $700k. Reports also claimed that the recent offer on Christine’s home fell through. Meanwhile, some believe that Christine wouldn’t return to Utah. Instead, she might stay in an RV in their Coyote Pass land similar to Janelle Brown as they wait for Kody to finish his project.

‘Counting On’: Joy-Anna Leaves Fans In Awe With Evelyn’s ‘Happy Face’
‘Sister Wives’: Why Christine Brown Calls Herself A Single Woman
Iconic Gabby Petito Photo With Wings Taken In Colorado
The Brian Laundrie Manhunt Led Authorities To Five Other Bodies
‘Counting On’: Did Jill Duggar Get A New Tattoo After Miscarriage?