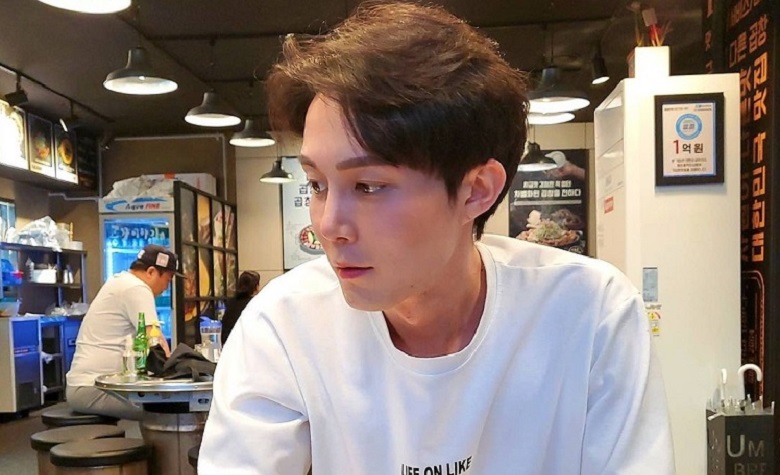 90 Day Fiance fans have been waiting for Jihoon Lee’s next move since cutting ties with his legal team. However, Jihoon Lee remained silent for months, showing no signs of his secondary plan for his son Taeyang. Apparently, Jihoon and Deavan Clegg have been fighting for the rights over Taeyang. Unfortunately for Jihoon, it appears that he’s on the edge of losing his chance to be with his son again. Now, Jihoon is back on social media. However, instead of sharing updates about his next plans, Jihoon shared a rare selfie of himself.

In a social media post, 90 Day Fiance star Jihoon Lee shared a rare picture of him. Jihoon’s post also comes with a Korean caption that translates to, “Hisashiburi phone shadow is far away. Long hair seems to be a trend because I’m growing my hair. There were many people with long hair on the street.” Moments later, fans took Jihoon’s comment section to welcome him on his return to social media. “Jihoon!! Great to see you’re still alive. I hope you’re well,” one fan said. “Welcome back! You’re looking great,” another fan added. However, Jihoon remained silent about his son, Taeyang. He didn’t answer questions regarding his next plans as well.

In a social media post, 90 Day Fiance star Deavan Clegg shared a picture from Taeyang’s first professional haircut. “Taeyang got his first professional haircut today. He looks so handsome. He did so great,” Deavan said. It also appears that Taeyang’s haircut is inspired by Korean pop stars. Fans also praised Taeyang’s hairstyle and said that it fits him well. Some even took Deavan’s comment section to say that Taeyang looks a lot like his father, Jihoon Lee.

90 Day Fiance: Jihoon Lee Shares How He Spends His Day

After sharing a rare picture of him, 90 Day Fiance star Jihoon Lee shares how he spends his day in Korea. Apparently, Jihoon shared a picture of his delicious lunch. It also appears that he still has his food delivery job. Meanwhile, fans are happy that Jihoon is slowly keeping in touch with the fans. He even took social media recently to share a throwback picture of Taeyang, showing how much he’s been missing him. However, it appears that Jihoon still hasn’t found a way and fans are starting to side with Deavan’s current boyfriend, Topher Park.