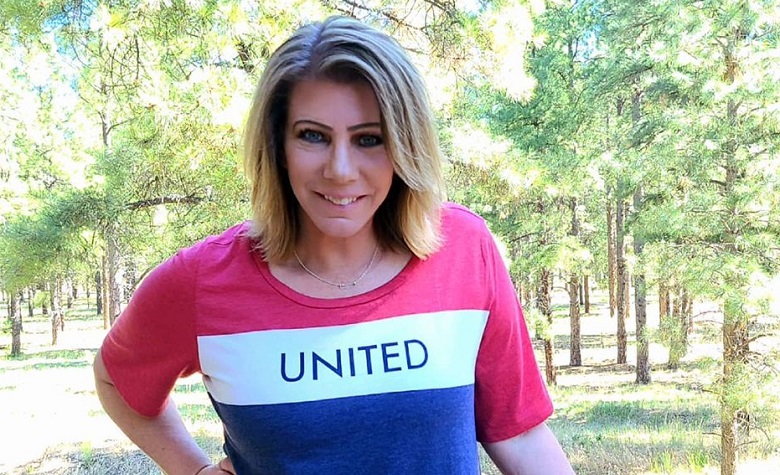 Sister Wives star Meri Brown recently went headlines after her return to Flagstaff. Apparently, Meri went on a vacation in Cancun, Mexico with a business friend. According to Meri, she learned a lot of things during her vacation while also being able to let go of all the stress. Now, Meri is back on social media to share a new cryptic quote. However, this time, Meri appears to be encouraging Kody Brown to never give up on their family.

Sister Wives: Meri Brown Doesn’t Want Kody To Give Up Despite Their Situation

In a social media post, Sister Wives star Meri Brown shared a quote that seemingly encourages someone to never give up in a rough situation. “You can’t just give up on someone because the situation is not ideal,” Meri said. After that, Meri said that great relationships only work because both people care enough about the person and will always try to find ways to make things work. It appears that Meri is trying to encourage Kody Brown to never give up on his family. Fans saw Kody on the verge of giving up during their last season. He even admitted that he no longer wants to advocate plural marriage. According to some, Meri still wants the plural family to work despite their never-ending struggles.

Meri Talks About How She Handle Criticisms

After talking about how a person should never give up, Sister Wives star Meri Brown shared another quote that appears to talk about how she handles criticisms. “Maybe the reason why nothing seems to be “fixing you” is because you’re not broken,” Meri said. “Let today be the day you stop living within the confines of how others define or judge you,” she added. Meri has been one of the most inspirational wives of Kody Brown. According to some, Meri’s frequent posting of motivation quotes truly inspires many. Fans have also seen how Meri appears to be unaffected by all the hate that she’s been receiving. Unfortunately, fans think that she’s still struggling with the plural family despite showing examples of being a strong woman.

Sister Wives fans have seen Meri Brown posting tons of cryptic quotes over the past few months. However, fans think that Meri would never leave the plural family despite all of their struggles. Fans are also hoping that things will get better once season 16 premiers. Meanwhile, Kody Brown and Robyn Brown remain silent ahead of their upcoming season. Apparently, the two are considered the main villains of the show. Some even think that Kody has been staying almost permanently in Robyn’s home compared to the other wives. Sister Wives season 16 will premiere on November 21, 2021.