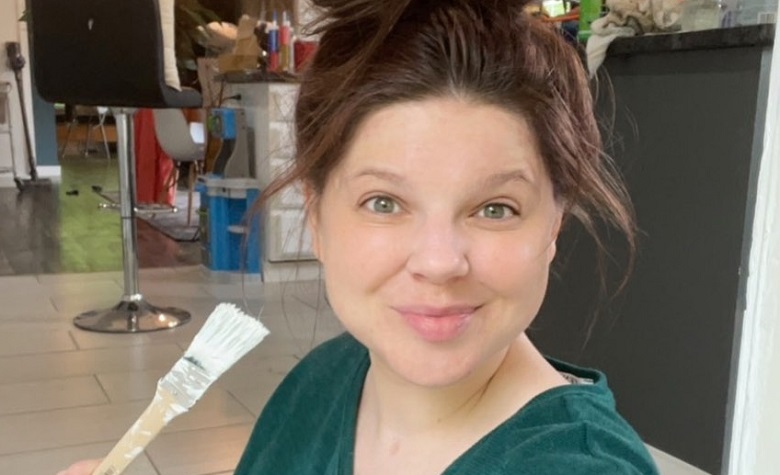 Counting On star Amy Duggar is known for her hatred towards the Duggars. Most of the time, Amy shared cryptic quotes that seems to depict the hidden lies of the conservative family. Fans also noticed that Amy has been more vocal since TLC cut ties with the Duggars. Now, Amy is back to make it more obvious that she wants to cut her relationship with the family. Apparently, Amy shared a cryptic message that talks about cutting off toxic families.

Counting On: Amy Duggar Wants To Cut Off Toxic Family

In a social media post, Counting On star Amy Duggar shared a picture of a quote that talks about cutting off toxic families. “It’s okay to cut off tox family for your own well being,” Amy said. It’s clear to see that Amy is talking about the Duggar family. Apparently, it’s been years since Amy stepped away from the Duggars. She doesn’t follow the family’s strict conservative beliefs and has been shading the family due to Josh Duggar’s immoral sins. Amy also grew in a different household away from Jim Bob Duggar and Michelle Duggar. Fans also think that it’s one of the main reasons why she lives in a different lifestyle compared to the other Duggar kids.

In a social media post, Counting On star Amy Duggar shared an update on the recent move of her clothes shop. Some praised the location of Amy’s store and said that it looks bigger than before. However, Amy apparently has a shocking reason why she moved her store. According to Amy, her landlord broke into her store and has also breached his contract. Due to this, she had to make a move as fast as she can. Fans were also shocked about what Amy’s landlord did to her and to her store. “Oh my! Good reason to move! Wishing you all the best in your new location,” one fan said.