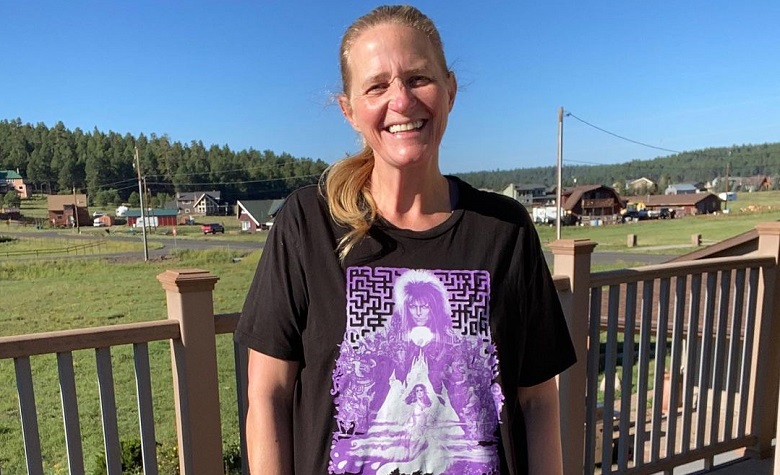 Sister Wives star Christine Brown has been keeping in touch with the fans by sharing her recent travels. Fans also noticed that Christine has been going out a lot lately. Apparently, fans think that Christine hasn’t been staying at her Flagstaff home as she plans to sell it. There are also reports stating that her Flagstaff home got listed for sale online for $725K. Now, Christine is back to share another update about her whereabouts. Apparently, Christine and her kids traveled to Snowbird, Utah to celebrate Oktoberfest.

In a social media post, Sister Wives star Christine Brown shared a picture from their recent trip to Snowbird, Utah to celebrate Oktoberfest. “Having fun at Oktoberfest at Snowbird. Fun with Family!” Christine captioned. However, fans quickly noticed that Kody Brown wasn’t with them yet again. “Why isn’t Kody ever with the family?” one fan commented. “Where is Kody,” another fan added. According to some, Kody might be staying more often at Robyn Brown’s home. Others also think that Kody doesn’t want to travel a lot due to the pandemic.

However, despite Kody’s absence, it’s clear to see that Christine and her kids had so much fun. Christine isn’t the only wife of Kody who’s currently on a vacation. Apparently, Meri Brown is also in Cancun, Mexico for a few days. Meanwhile, Janelle Brown has been busy with her RV life in their Coyote Pass land. Recently, Janelle revealed that she’s been doing great and her RV has already received its much-needed upgrades.

In a social media post, Sister Wives star Christine Brown shared a picture of her daughter, Truely Brown, sitting next to her niece, Avalon. “I get OMA TIME tonight! @truelygracebrown and I are babysitting Avalon!” Christine captioned. It appears that Christine and her kids have been in Utah for quite some time. It also fuels the speculations that Christine is planning to move back to Utah for good as she tries to sell her Flagstaff home.

At this point, the Browns have yet to share any information regarding the sale of Christine Brown’s home. However, fans think that it will be explained in the upcoming season of Sister Wives, which will premiere on November 21, 2021. Meanwhile, reports claimed that Christine’s home was listed for sale twice, which may be a hint that the sale is urgent. Apparently, reports claimed that there’s already a pending offer to Christine’s home weeks ago. However, it appears that both parties failed to reach a deal.