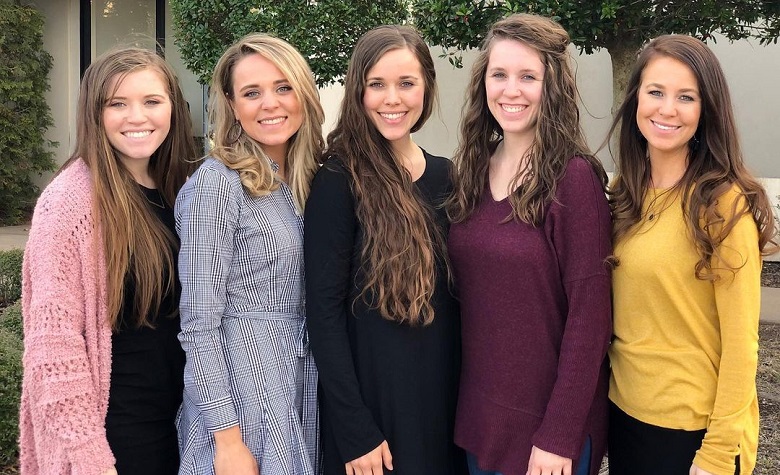 Counting On star Jim Bob Duggar has been silent on social media lately. However, despite his online absence, fans are still finding ways to talk about him. Apparently, some of Jim Bob’s daughters have been neglecting the family’s strict dress code. One of them is Jana Duggar, who recently went headlines after traveling to Los Angeles and dyed her hair blonde. Jinger Duggar and Jill Duggar have been disregarding their dress codes as well. Due to this, fans think that Jim Bob has finally allowed his daughters to wear pants and other clothing that contradicts their beliefs.

Counting On star Jana Duggar recently took social media to share that she traveled to Los Angeles and dyed her hair blonde. However, fans quickly noticed that Jana is now wearing pants, which is against the strict dress code of the Duggars. Fans from Reddit also discussed how pants look great on Jana. “She looks great. I really like this hair color on her and I love that she’s wearing pants,” one fan said. “I’ve never seen Jana in pants. She actually looks really good,” another fan added. Fans also talked about how Jim Bob is finally allowing his daughters to do what they want. Apparently, this wasn’t the first time that a Duggar girl was seen wearing pants and dyeing their hair. Some of Jana Duggar’s sisters have already done it before and fans think that it’s a good sign.

Jinger & Jill Did The Same

Counting On stars Jinger Duggar and Jill Duggar have been neglecting the strict dress code of the family for quite some time now. Apparently, fans often see Jinger wearing pants or shorts whenever she’s traveling with her husband, Jeremy Vuolo. Jinger also revealed that she tried to find answers in the bible of forbidding women from wearing pants but she couldn’t find any. Meanwhile, Jinger’s sister, Jill Duggar, has been wearing pants for a long time. Jill also went headlines after announcing that she’s considering dreadlocks for her next hairstyle.

Counting On: Where Is Jim Bob Duggar Now?

Counting On star Jim Bob Duggar has been silent for quite some time now. Apparently, the Duggar family’s social media page only posts birthday greetings lately. Jim Bob’s sudden silence also comes after Josh Duggar’s recent defense against his child pornography case. According to reports, Josh’s attorneys are seeking dismissal of his child pornography case due to the malicious actions of the investigators. Meanwhile, Josh’s wife, Anna Duggar remains silent on social media as well. Apparently, fans are getting worried about her due to her current pregnancy. However, reports claimed that Josh’s guardians have been helping Anna take care of her kids.