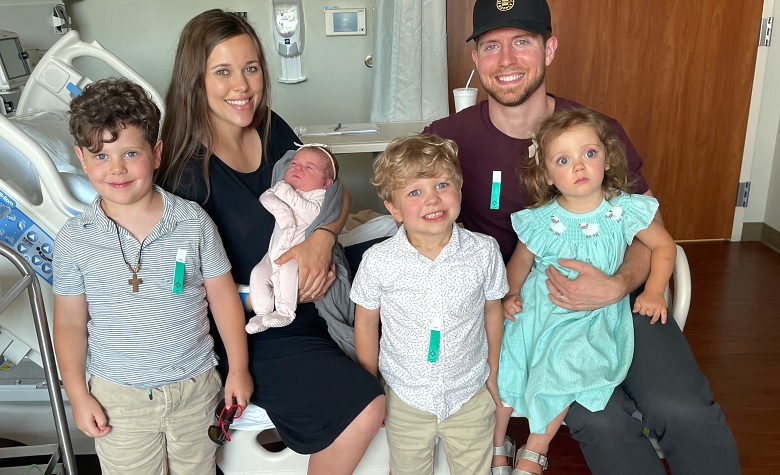 Counting On star Jessa Duggar has been sharing wholesome clips of her kids on social media lately. Recently, Jessa shared a clip of Ivy’s first time wrapping her hair with a towel. Now, Jessa is back on social media to share another sweet moment from her kids. However, this time, Jessa shared a 2-week-old picture of her newborn daughter, Fern. Meanwhile, fans noticed that Jessa’s rebellious sister, Jill Duggar, wants to meet Fern, which could also lead to her reconciliation with the family.

In a social media post, Counting On star Jessa Duggar shared a 2-week-old picture of her newborn daughter, Fern. “Baby Fern is 2 weeks old!” Jessa captioned. It’s clear to see that Jessa has been having so much fun with their latest addition to the family. Fans are also amazed that Jessa gave birth to Fern on the day of Jim Bob Duggar’s birthday. Meanwhile, Jessa’s daughter, Ivy, can finally fulfill her duties as a sister that she’s been practicing for months. Apparently, Jessa previously shared clips of Ivy practicing how to rock a baby by using a baby doll.

Counting On star Jill Duggar took the comment section of Jessa Duggar’s recent post about Fern to say that she’s excited to finally meet them. “Aww!! Can’t wait to meet her!” Jill said. It’s known that Jill is considered the rebellious daughter of Jim Bob Duggar. She has estranged herself from the family for years. However, Jill previously revealed that they’re heading toward healing. Now, fans think that Jill has been making efforts to reconcile with her family. James Duggar and Jana Duggar even went to their house with a firetruck to surprise Sam for his birthday last month.

Counting On: Jessa Loves To Share Her Newborn Daughter

Counting On star Jessa Duggar has been sharing cute pictures of her newborn daughter, Fern, on social media. At one point, Jessa shared a cute picture of Fern smiling during her sleep. Fans think that Jessa will continue to keep in touch with the fans online, especially after their show got canceled. Meanwhile, fans are hoping that TLC will finally allow the Duggars to get back on the show. Apparently, a lot of exciting things have been happening in the family lately and fans want to keep themselves updated.