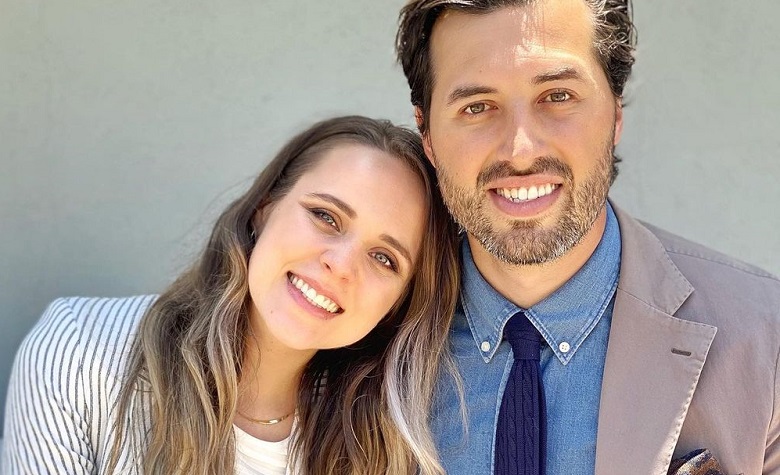 Counting On stars Jinger Duggar and Jeremy Vuolo recently went headlines after sharing the 3rd birthday of their daughter, Felicity. Despite not sharing pictures and updates about their kids on social media, fans are still happy that Jinger celebrated Felicity’s birthday with the fans. Now, Jinger and Jeremy took social media to share that they traveled around Ojai, California. Jeremy also shared some wholesome stories during their latest trip. The two also shared a rare glimpse of Felicity enjoying her time outside.

In a social media post, Counting On star Jeremy Vuolo shared pictures and clips from their recent trip to Ojai, California. One of the first locations that the family visited is Bart’s Books. Jeremy even shared a picture of Felicity playing hide and seek with them. Moments later, Jeremy revealed that Felicity picked a Serbian kids’ book. Jinger and Jeremy also had a cozy time in a coffee shop, which is also located in Ojai. It’s also noticeable that the two aren’t showing the face of their daughter. However, Jinger and Jeremy already revealed that they’re not going to show faces of their kids while they’re still young to respect their privacy.

In a social media post, Counting On star Jeremy Vuolo shared a picture of him talking to a horse. “Hung out with the homie Brooklyn for a bit today. We had a good chat. Unfortunately, I forgot to bring carrots,” Jeremy said. Moments later, Jinger took Jeremy’s comment section to say that they’ll bring carrots the next time they meet. Jeremy loves to share wholesome stories on his social media, especially when it comes to his wife. However, despite his humorous character, Jeremy is also praised for his dedication to preaching to younger generations. At one point, Jeremy revealed that they went to Ridge Haven to teach teenagers about the bible.

Counting On fans have seen how Jinger Duggar and Jeremy Vuolo love traveling. Apparently, the two have traveled to many places in just a couple of months. Most of the time, Jinger and Jeremy visit restaurants and to try out delicious foods. It even came to the point that fans wanted them to become food bloggers. Aside from that, the two also love to share their trendy fashion with the fans. Meanwhile, fans are waiting for the two to release another book after their successful launch of The Hope We Hold: Finding Peace in the Promises of God.

‘Counting On’: Joy-Anna & Austin Builds Tree Swing For The Kids
Meri Brown Doesn’t Want Kody To Give Up Despite Their Situation
’90 Day Fiance’: Jovi Dufren Gave Out 1,500 Meals To His Hometown
Amy Duggar Wants To Cut Off Toxic Family Amid Feud With The Duggars
‘Sister Wives’: Meri Brown Says She’s Grateful To Have ‘Another Chance’