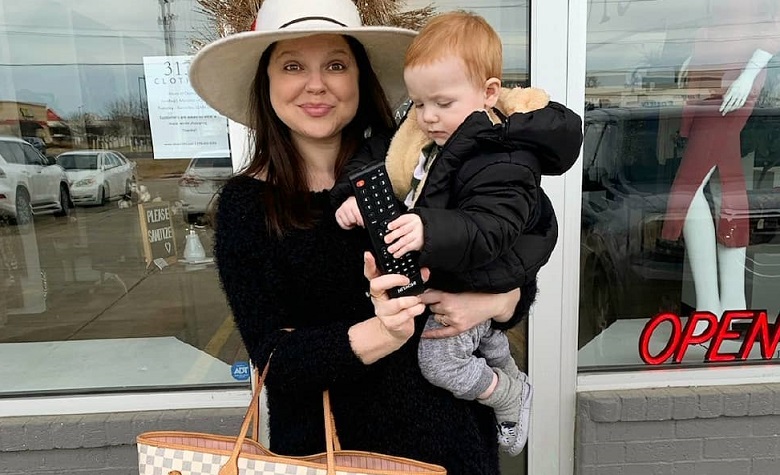 Counting On star Amy Duggar King loves to share lengthy messages on social media. Most of the time, Amy’s messages seem to shade at her disgraced cousin, Josh Duggar. Now, Amy took social media once again to talk about how her life has changed in a short span of time. Amy’s post also comes after the recent celebrations of the Duggar family about Jessa Duggar’s birth to her fourth child. However, some fans noticed that Amy doesn’t seem excited about the recent news.

In a social media post, Counting On star Amy Duggar King shared a lengthy message about change. According to Amy, she was cleaning out her fridge when she saw her last few bags of milk. Amy said that the bags of milk reminded her of the time when she was still pumping for her little kid. “The swaddles, the bottles and paci’s. Such sweet memories of pumping , listening to praise and worship music and just having alone time in his nursery… sigh… Yes, those days are long and I didn’t even know what day it was or anything,” Amy said.

After that, Amy talked about how things have changed in a short span of time. “Change is good and I know it’ll only get better but I’m going to miss the happy zombie stage!” Amy said. “We now have dinos everywhere, and he is talking and running around and I’m burning calories left and right and I wouldn’t trade this time for anything!!” she added. Moments later, Jill Duggar took Amy’s comment section to say how relatable her post was. “I feel you! Change can be good but not always easy,” Jill said.

Amy Doesn’t Celebrate With The Duggars

Counting On star Amy Duggar King has been silent on social media regarding the recent celebrations of the Duggar family. Apparently, the Duggars have celebrated multiple occasions recently. One of which is Jim Bob Duggar’s birthday. Aside from that, the family also celebrated the birth of Jessa Duggar’s fourth child, Fern. However, Amy didn’t even share any messages for the Duggars, showing how much she has estranged herself from the family.

In a social media post, Counting On star Amy Duggar King shared a wholesome clip of her son, Daxton, learning how to play drums. “I see him playing in the band when he’s older and me being his #1 fan!” Amy said. Apparently, Amy has been sharing wholesome clips of her son lately. She also took social media recently to share how she protects her son from child predators, which seems to point fingers at her disgraced cousin, Josh Duggar.