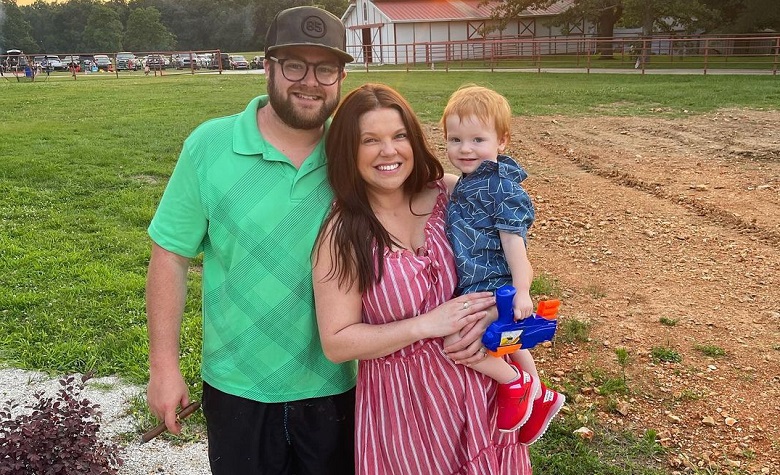 In a social media post, Counting On star Amy Duggar King shared a picture of her son, Daxton, covered with a huge heart emoticon on his body. “I posted the unedited version, and then I thought to myself “is that too much skin? He’s just shirtless,” Amy captioned. “And then I thought you never know who is seeing this picture and what they are thinking and now I’m going to be extra careful and protect him!” she added. After that, Amy encourages all the parents to become more careful about what they post on social media, especially when it includes their kids. “I now have a new set of eyes and I’m more of aware of how someone can use anything for evil. It’s the sad truth, but something worth sharing for sure,” Amy added.

Moments later, fans took Amy’s comment section to agree with what she said. Some even talked about how Amy is pointing fingers at Josh Duggar. “Way to go for throwing shade at josh,” one fan said. “It’s true. How sick people are looking at little children. Good judgment Amy,” another fan added.

Counting On star Amy Duggar King loves to share shady quotes on social media that seem to depict her disgraced cousin, Josh Duggar. At one point, Amy shared a quote that talks about how a person should clean up their act before time runs out. “Better clean up your act before you run out of time,” Amy said. Aside from that, Amy has been sharing cryptic quotes that seem to point fingers at Anna Duggar. Apparently, fans think that Amy wants Anna to leave Josh. However, reports claimed that Anna is siding with her disgraced husband and believes that he’s innocent.