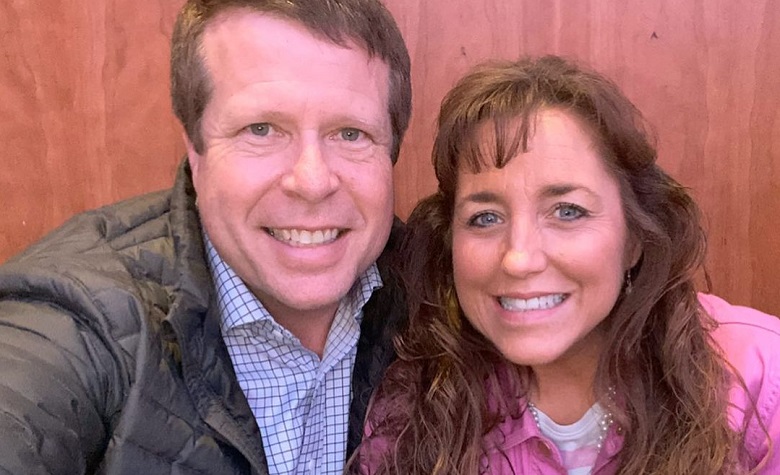 Counting On star Jim Bob Duggar is celebrating his birthday. However, fans noticed that almost nobody in the family has ever posted their celebration with their father. It’s known that the Duggars usually gather and make huge birthday parties, but Jim Bob’s birthday celebration has been silent so far. Meanwhile, Jed Duggar appears to be the only child of Jim Bob who greeted him for his birthday on social media. On the other hand, Justin Duggar was surprised by his siblings instead of visiting their father.

In a social media post, Counting On star Jed Duggar shared a picture of him with his father, Jim Bob Duggar, to greet him for his birthday. Apparently, Jed is currently the only child of Jim Bob to wish him a happy birthday on social media. Most of the Duggar kids are currently silent online during Jim Bob’s birthday. Some think that the family may have gathered in the “big house” and will post their celebration soon. However, some think the Duggars intentionally went silent as they continue to shy away from all their recent controversies.

Justin Duggar Surprised By His Siblings

In a social media post, Counting On star Justin Duggar shared a picture of him with his brothers, James Duggar and Jason Duggar. According to Justin, his brothers surprised him for the weekend. Justin didn’t share what they did for the weekend. However, fans are hoping that Justin also visited his family in Arkansas, especially during Jim Bob’s birthday. Justin is currently living in Texas with his wife, Claire Spivey. Reports also claimed that Justin is now working with the Spivey family’s construction business and has ditched his real estate career with Jim Bob.

Counting On star Jim Bob Duggar recently went headlines after fans noticed that the birthday celebration post of Jill Duggar’s son, Sam, was deleted from the family’s social media page. According to some, Jim Bob intentionally deleted it as they continue to feud with Jill. However, some think that Jill may have requested the family to delete the post for privacy reasons. Apparently, James Duggar and Jana Duggar reunited with Jana to celebrate Sam’s birthday. James also impressed the fans by his efforts after driving a firetruck to Jill’s house to surprise Sam.