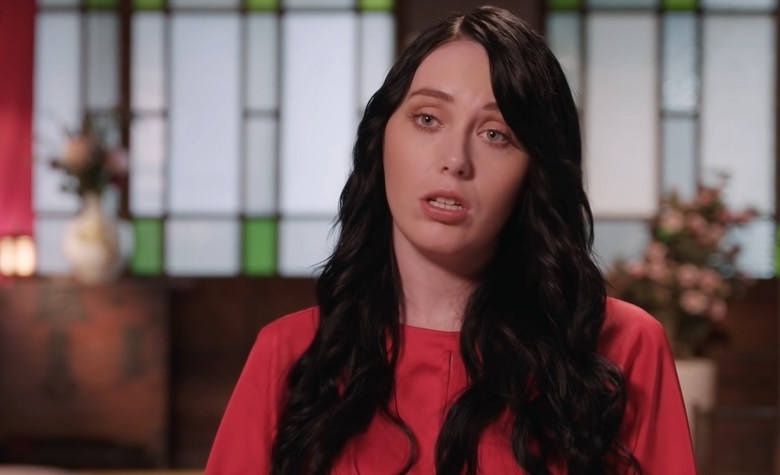 90 Day Fiance star Deavan Clegg recently went headlines after fans criticized her “heavily edited” photos on social media. However, Deavan has been defending herself that her edited photos are professional photos, which will always require edits. Now, Deavan took social media to talk about her tattoos. Apparently, Deavan’s tattoos are a huge topic to many. However, Deavan shared some shocking facts about her tattoos, especially on her very first one.

In a social media Q&A, 90 Day Fiance star Deavan Clegg answered a fan asking about her first tattoo. However, Deavan shared a shocking detail about her first tattoo. According to Deavan, she got her very first tattoo at the age of 17. “My first tattoo is a Peter Pan quote. It’s on my left ribcage. I got it when I was 17,” Deavan said. Apparently, Deavan has several tattoos all over her body. It’s also believed that she was a “gothic girl” back in the day. However, Deavan became less gothic when she became a parent.

Aside from sharing details about her tattoos, Deavan also opened up about why she’s still hustling on her adult-based social media. Apparently, Deavan previously revealed that she’s stepping away from the adult-based site as she tries to focus on other bigger projects. However, fans were confused as she often posts promotions about her adult-based site. Due to this, a fan took Deavan’s recent Q&A to ask why she’s still promoting it. “I had full intentions of shutting it down. However, a lot of fans wanted me to keep doing it. So I will continue for a little while longer,” Deavan answered.

Deavan Talks About Why Her Looks Often Change

In a social media Q&A, a fan asked 90 Day Fiance star Deavan Clegg about the rapid changes in her looks. “Why you changed your look so much? Not judging, but you were just a gorgeous before,” the fan said. After that, Deavan answered the fan with a hilarious picture of her with her eyes wide open. “Because I can. I’ve only gotten lip fillers,” Deavan said. Apparently, fans have been arguing about Deavan’s massive changes in her looks. Some even speculated that she had plastic surgeries. However, Deavan insisted that she only had lip fillers.

90 Day Fiance fans took Deavan Clegg’s recent social media post to call her out for her heavily edited photo. Apparently, fans noticed that there are too many edits on Deavan’s face in her recent red dress post. Some also took Reddit to discuss how Deavan photoshops her pictures too much. “Her face never matches the rest of her body haha She obv photoshopped her whole body but 3x photoshopped her face/hair,” one person said. Meanwhile, Deavan’s followers praised her despite the heavy edits in her photo. “Absolutely beautiful,” one fan said. “Very Stunning love the dress,” another fan added.