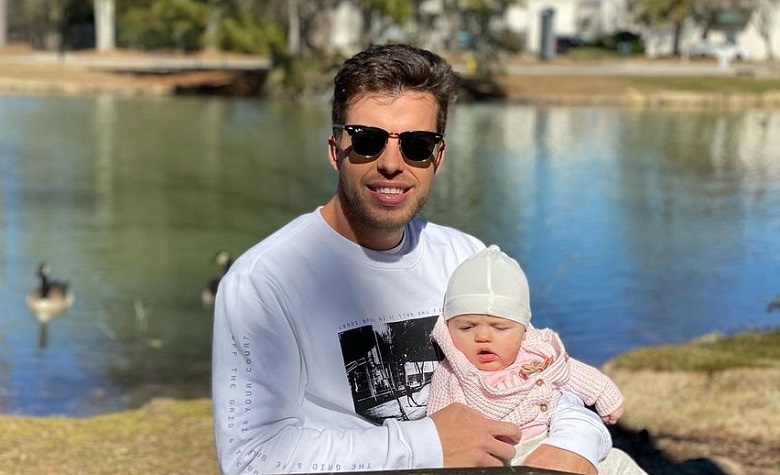 90 Day Fiance star Jovi Dufren has been sharing sweet pictures of his family on social media. Fans also noticed that Jovi is becoming a full-time father to Mylah, and has been stepping away from his past party lifestyle. Now, Jovi took social media once again to share another wholesome picture of him and his family. Jovi also shared one of the most unforgettable countries he visited. Meanwhile, Yara also took social media to share how Mylah loves the swimming pool so much.

In a social media post, 90 Day Fiance star Jovi Dufren shared a sweet picture of him with his daughter, Mylah, and his wife, Yara Zaya, wearing matching shirts. “Matchinnn. Too cheesy? Love these girls,” Jovi said. Fans are also impressed by Jovi’s new style. “Jovi in the family matching shirts. Never thought I’d see the day hahaha. Cuties!” one fan said. Fans also noticed how Mylah looks a lot like her father. “Myla is the most beautiful, little girl version of you, Jovi!” one fan said. “Your daughter is your twin. Quite adorable!!” another fan added.

90 Day Fiance star Jovi Dufren took social media to share one of the most unforgettable countries he visited. Apparently, Jovi shared a picture of him standing in front of the Great Pyramid of Giza. “I was going through some travel pics today and found this. What an amazing experience for my first trip to Africa and seeing all the history of Egypt,” Jovi said. “Sadly, this was my first and only trip that I’ve been to Africa. I have so much more to explore there. Share your favorite African destinations,” Jovi added. After that, Jovi asked the fans for suggestions about where he should go next as he’s about travel again soon.

In a social media post, 90 Day Fiance star Yara Zaya shared a wholesome clip of Mylah swimming in a pool. Yara was also guarding Myla all the time to avoid her from getting into the deeper part of the pool. Yara is also covering her daughter with an umbrella as the wind is too strong. It also appears that Yara and Jovi Dufren are currently staying in a luxurious hotel yet again. Apparently, fans have been worried about Yara and Jovi’s luxurious lifestyle. However, it appears that the two don’t mind spending that much for their happiness and for making their daughter comfortable in her surroundings.