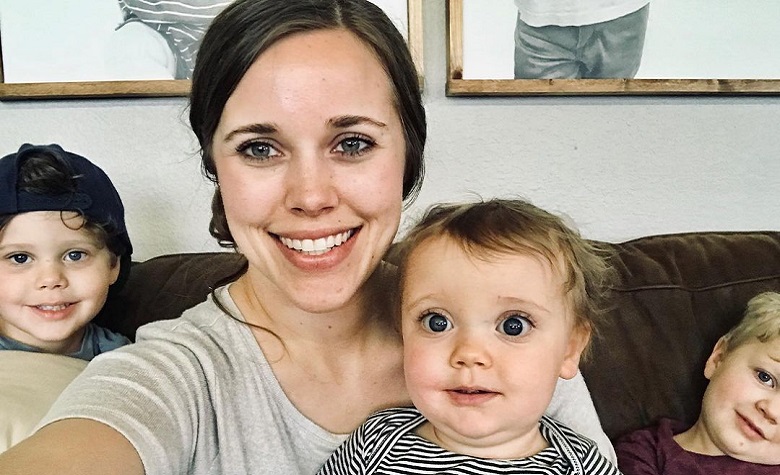 Counting On star Jessa Duggar loves to share her wholesome bonding moments with her kids on social media. At one point, Jessa shared the brotherly love between Henry and Spurgeon as they walk down the road with arms wrapped around each other. Jessa also loves to leave her fans in awe by sharing wholesome pictures and clips of her daughter, Ivy. Now, Jessa took social media once again to share her sweet lunch date with her daughter. Fans also fell in love with Ivy’s sweet little talks to her mother while they’re preparing to leave for their mother-daughter lunch date.

In a social media post, Counting On star Jessa Duggar shared a clip of Ivy sitting in the car looking very excited. “When you take the 2-year-old on a lunch date,” Jessa captioned. Moments later, Jessa asked Ivy where she wants to go for their date. Ivy sweetly answered, “Going on a date!” After that, Jessa asked Ivy if she wants Chick-fil-A or Starbucks. However, Ivy just kept copying what Jessa said. After that, Jessa finally decided to drive and Ivy starts making wholesome conversations with her mother.

Fans took Jessa’s comments section to talk about Ivy’s cuteness from the clip. Some even said that Ivy’s speech at a very young age is incredible. “As a Speech Therapist can I just say that Ivy’s speech is amazing!! So well developed for a wee one who’s just turned 2,” one fan said. “She’s so well-spoken! Shows how much you speak to her directly. Great communication! Love it!” another fan added.

Jessa Duggar Learned New Things While Walking With Her Kids

In a social media post, Counting On star Jessa Duggar shared several pictures with her kids as they walk down the road. However, Jessa and her kids noticed some big feathers scattered throughout the road. “Canada geese must be molting, because the kids found and scooped up tons of feathers as they ran ahead of me on the trail,” Jessa captioned. Jessa also shared a story about how she doesn’t want her kids to bring the feathers in the car as they may have mites. Moments later, Jessa revealed that she searched the cleanliness of the feathers and found out that they actually can’t bring it home. “So I googled for cleanliness of such things, and found out it’s actually against the law to keep migratory bird feathers! Who knew? Back to nature they went,” Jessa said.

Counting On: Fans Praise Jessa For Teaching Her Kids About The Bible At A Young Age

Counting On star Jessa Duggar recently took social media to share a 2-part video of how she teaches her kids to get closer to God. According to Jessa, she has different ways in order to keep her kids interested and focused while studying the bible. Jessa also shared clips of how her kids know a lot of gospel songs. Moments later, fans took Jessa’s comment section to praise her efforts for teaching her kids about the bible at a very young age. “It’s so awesome and encouraging to see a young family training their children up in the way they should go,” one fan said. “So precious! So many wonderful tips and ideas for spreading the word! Thank you for sharing!” another fan added.