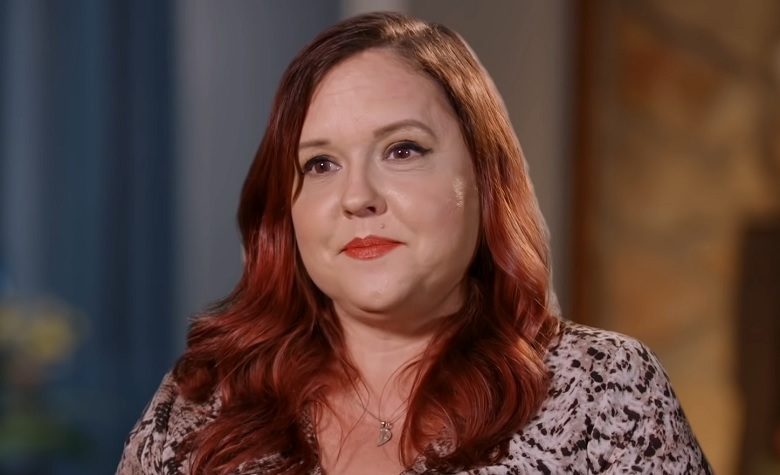 90 Day Fiance star Rebecca Parrott loves to post pictures of herself on social media. However, most of the time, fans noticed that she’s using filters. It even came to the point where fans started calling her the Filter Queen. However, it appears that Rebecca had enough of her haters. Rebecca took the comment section of her recent selfie post to slam her haters for accusing her of using filters. Meanwhile, Rebecca also took social media to share that Zied Hakimi is starting to make new friends in the U.S.

In a social media post, 90 Day Fiance star Rebecca Parrott shared a picture of her inside her car while talking about her makeup. “First time I’ve put on makeup in a while. Going to go enjoy some time with friends,” Rebecca said. Several fans praised Rebecca for her amazing look. However, others think that she’s still using filters.

Due to this, Rebecca got upset and called out her haters for accusing her of using filters. “I just read some of y’all’s comments. I’m DYINGGG. There’s even a tabloid article saying this is poorly photoshopped. I’ll always admit when I filter a pic,” Rebecca said. “Always. But the only reason I even posted this pic is because I was so proud of how great my skin looked and it wasn’t even filtered,” she added. Rebecca also said that she’s been having skin treatments and the lighting might also be the reason why she looks glowing in her photo.

In a social media post, 90 Day Fiance star Rebecca Parrott shared a wholesome story about Zied Hakimi making friends in the U.S. Apparently, Rebecca shared a picture of her with her friend. “Zied and I had so much fun with you and Justin and your beautiful family yesterday! Thank you for having us over,” Rebecca captioned. “I’m so happy that Zied has your hubby as a friend! We can’t wait till next weekend!” she added.

It’s known that Zied wasn’t that happy when he first arrived in the U.S. However, he slowly adjusted to his new lifestyle as time goes by. Fans also took Rebecca’s comment section to share how happy they are that Zied is meeting new friends in the U.S. “That’s good that you & Ziad [sic] are having fun with friends,” one fan said.

90 Day Fiance star Rebecca Parrott has been on a mission to lose weight for quite some time now. She’s been receiving praises from the fans for her dedication to making herself look younger. At one point, Rebecca shared a before-and-after photo of herself, showing off her incredible body transformations. Apparently, Rebecca underwent laser lipo and other cosmetic procedures. According to Rebecca, her procedures helped her on becoming more confident in front of the cameras.