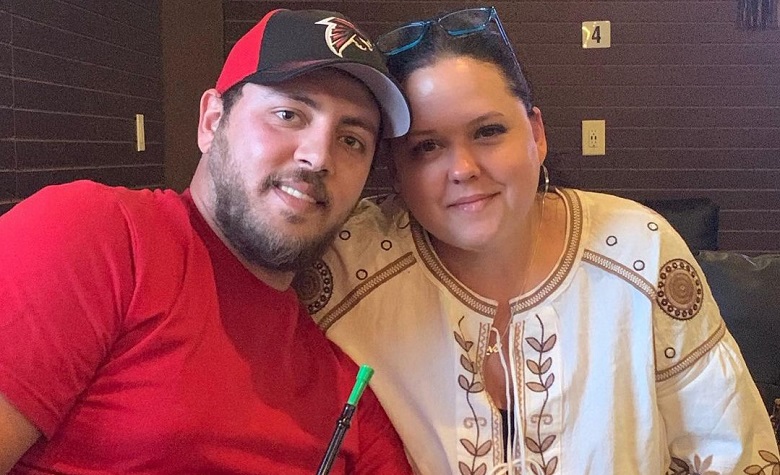 90 Day Fiance stars Rebecca Parrott and Zied Hakimi love to share their sweet moments on social media. However, there are rumors circulating online suggesting that the two are actually struggling with their marriage. Despite being together on social media, rumors claimed that the two are just faking their relationship. Meanwhile, Rebecca continues to impress the fans with her glowing beauty. However, some think that Rebecca’s effort on trying to make herself look younger is a sign that she’s getting jealous of Zied’s rumored friend.

According to reports, 90 Day Fiance stars Rebecca Parrott and Zied Hakimi are having relationship issues. Reports even claimed that the two are just faking their relationship to save their future in the reality show to earn extra income. Apparently, a reality show blogger claimed that Rebecca is getting jealous about Zied having new friends in the U.S. At this point, Rebecca and Zied have yet to share if they’re indeed having issues in their relationship. However, fans are seeing some clues that hint at Rebecca’s jealousy. One of which is her efforts on making herself look younger.

Fans Accused Rebecca Of Getting Jealous

90 Day Fiance fans have seen Rebecca Parrott doubling her efforts to make herself look younger. According to Rebecca, her cosmetic procedures have been helping her boost her confidence. Rebecca also had laser lipo, which helped her lose a lot of weight. However, some fans think that Rebecca’s effort on making herself look younger is due to jealousy. According to reports, Zied Hakimi tried to meet new friends, and one of them is a woman. Since then, Rebecca has been trying her best to win Zied’s attention back.

Fans have also seen how Rebecca did all her best to impress Zied during the early stages of their relationship. During their reality show, Rebecca used multiple filters during her video chats with Zied. However, despite their age difference, the two still managed to tie the knot.

90 Day Fiance stars Rebecca Parrott and Zied Hakimi have been sharing their bonding moments on social media. At one point, the two shared their wholesome meeting with a fan while they were shopping. Rebecca and Zied are also busy with their photography careers. At one point, Rebecca expressed her excitement after meeting several Disney princesses when they went to a client for a photography session. It also appears that the two have been very sweet with each other. Due to this, it’s hard to tell if they’re really struggling behind the cameras.