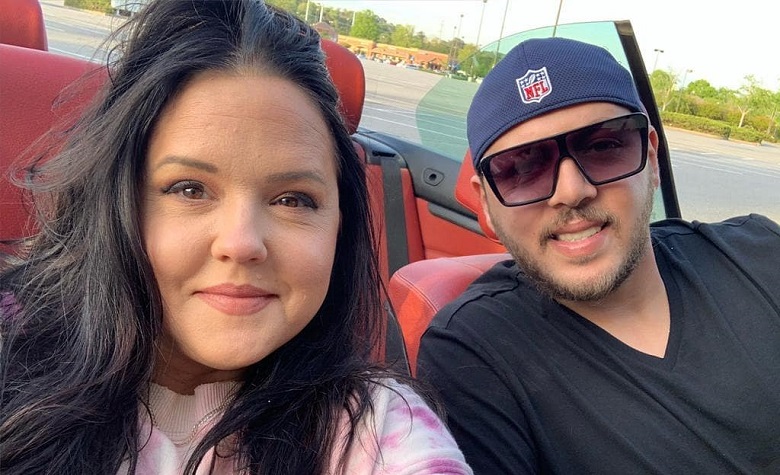 90 Day Fiance star Rebecca Parrott has been living her best life with Zied Hakimi since he arrived in the U.S. The two have been sharing their sweet time together and social media and fans are loving it. Now, Rebecca just took social media to share that one of her dreams came true recently. However, it’s not related to Zied. Instead, Rebecca revealed that she met some Disney princesses that she’s been dreaming to meet for a long time.

In a social media post, 90 Day Fiance star Rebecca Parrott shared a picture from her recent trip with Zied Hakimi. Apparently, the two met a client for a photography session. However, later that day, Rebecca and Zied were surprised after several girls in Disney princess costumes showed up and greeted them. “I’m seriously fangirling out @tlc_90day_zied and I were in Smyrna taking photos of a client and when we were leaving, these Disney Princesses saw us and recognized us!” Rebecca said. “We took pics with them! We love @disney,” she added. Rebecca also revealed in the comments that the Disney princesses were headed to a birthday party.

In a social media post, 90 Day Fiance star Rebecca Parrott shared a wholesome story about how her eyebrow makeover boosted her confidence. “I’m so happy that I can post pics, unfiltered and very little makeup and still be confident,” Rebecca said. Apparently, Rebecca has been receiving criticism due to her filtered photos. It even came to a point where her haters start calling her the “filter queen.” However, Rebecca has been making changes to her body lately. One of which is her laser lipo, which helped her lose a lot of weight. Rebecca is also on a diet and she’s been taking supplements as well to keep herself healthy.

90 Day Fiance star Rebecca Parrott recently went headlines after announcing that she and Zied Hakimi have been practicing photography. Now, Rebecca just shared that they had a client in Brawner Hall where they met the Disney princesses. Rebecca also loves to share samples of Zied’s photography on social media and fans loved it as well. Meanwhile, Rebecca and Zied recently went headlines after sharing a wholesome story of meeting with a fan. Rebecca also said that they appreciate the fans trying to approach them in public.

Amy Duggar Wants To Cut Off Toxic Family Amid Feud With The Duggars
‘Sister Wives’: Meri Brown Talks About Depression In Latest Post
‘Counting On’: Jill Duggar Shares Halloween Shopping With Sam
’90 Day Fiance’: Yara Shares How Long It Took Her To Get A License
‘Counting On’: Jill’s Son Israel Participated In Sprint Just Like His Dad