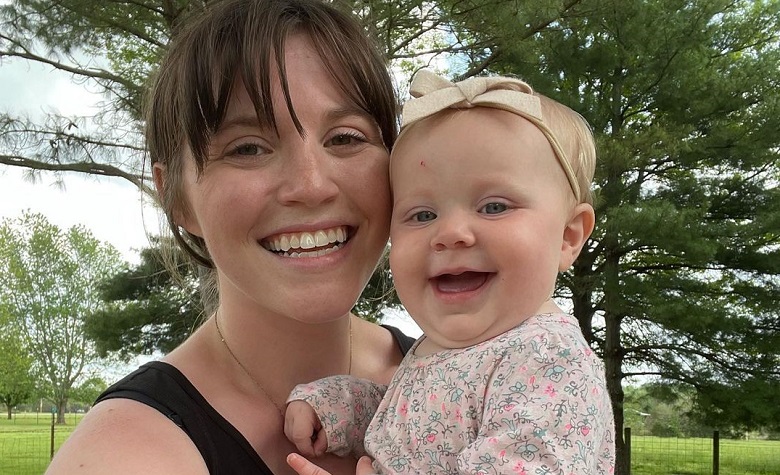 Counting On star Joy-Anna Duggar recently went headlines after celebrating her 4th wedding anniversary with Austin Forsyth. Many are impressed by the couple’s lifestyle and how they’re able to handle challenges. Fans also adore their two kids, Gideon and Evelyn. Now, Joy-Anna is making headlines once again after sharing several pictures about how they beat the heat during summer. Meanwhile, Joy-Anna shared Gideon’s first dental checkup. Fans are also impressed by Gideon’s bravery as he seemingly showed no signs of fear at all.

In a social media post, Counting On star Joy-Anna Duggar shared the fun time of her kids, Gideon and Evelyn, as they try to beat the summer heat. The two played in a small inflatable pool with toys scattered all around. Gideon’s favorite excavator toy car is also present in the pool. Meanwhile, Evelyn kept on crawling all over the place while her mother watches. Joy-Anna also shared a clip of Gideon being very talkative. According to Gideon, he’s a baker and he’s trying to make cookies. Joy-Anna also showed support to her son by saying “That sounds yummy!”

In a social media post, Counting On star Joy-Anna Duggar shared several pictures from Gideon’s first dental checkup. “They sure are handy when you smile. So keep you teeth around a while!” Joy-Anna captioned. “Our first dentist appointment for Gideon and no cavities! He did great for the Doctor!” she added. It appears that Gideon had so much fun in his first dental checkup. Fans are also impressed by Gideon’s bravery as kids are usually terrified when visiting a dentist. “He’s a brave and happy little boy,” one fan said. “Brave boy,” another fan added. Gideon is one of the first Duggar kids to visit a dentist over the past couple of weeks. Apparently, Gideon’s cousin, Spurgeon, accidentally removed his first tooth, setting him free from a visit to the dentist.

Counting On: Fans Think Evelyn Looks A Lot Like Her Father

Counting On star Joy-Anna previously shared a picture of her husband, Austin Forsyth, carrying their daughter, Evelyn. The picture looks simple at first. However, some fans quickly noticed how Evelyn resembles a lot of her father’s looks. “He has some STRONG genes lol,” one fan said. “Daddy’s twin!! you have beautiful kids, Joy!” another fan added. Joy-Anna’s post also comes after her 4th wedding anniversary with Austin. According to Joy-Anna, she’s looking forward to celebrating more years with Austin. Several family members and in-laws of Joy-Anna and Austin also greeted them for their anniversary.