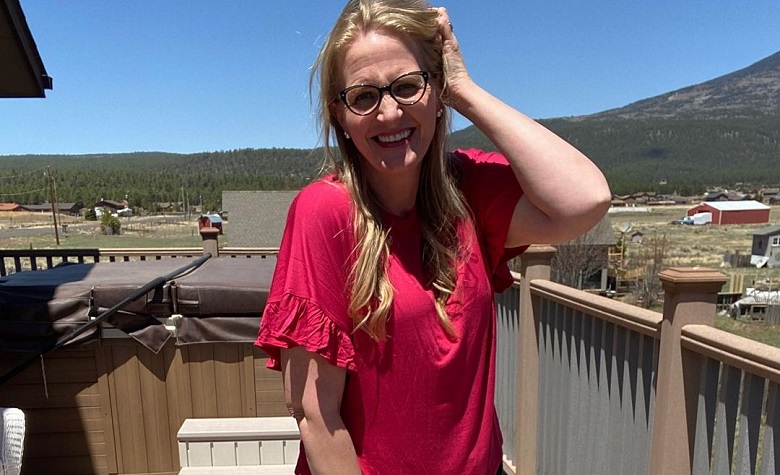 Sister Wives star Christine Brown just shared her latest bonding moments with her daughter, Gwendlyn Brown. It appears that Christine has been focusing on spending more time with her kids while also taking good care of herself. Apparently, Christine has been sharing her healthy lifestyle on social media. She recently shared her healthy sandwich recipe and fans loved it. Christine also went to a Famers Market recently, although it seems that Kody Brown is not with her during the trip. Now, Christine’s latest trip with Gwendlyn also gave a glimpse of their family dog, Noel and fans are loving it.

In a social media post, Sister Wives star Christine Brown shared several pictures from her recent outing with her daughter, Gwendlyn Brown. However, Christine wasn’t able to share pictures of her daughter as she was sitting in the backseat of her car. “When you sit in the back of Gwen’s car, Noël thinks she has to sit in your lap!” Christine captioned. Fans were also left in awe by the cuteness of their family dog, Noel, as she puts her face close to the camera. “Awww such a cute dog!! Your guy’s family is the best,” one fan commented. “So adorable!!!” another fan added.

Sister Wives star Christine Brown’s weight loss journey has impressed the fans throughout the years. However, despite already losing so much weight, it appears that Christine wants to stay with her healthy diet. Christine has been sharing her healthy recipes online. It also appears that Christine’s co-wife, Janelle Brown, was inspired by her healthy lifestyle after she shared her recent shopping at a Famers Market. Janelle has been sharing her healthy juice on social media as well. According to Janelle, it helps her get energized and also helps her get better sleep.

Sister Wives star Christine Brown struggled a lot with Kody Brown throughout their latest season. Christine even told Meri Brown that she no longer wants to do marriage with Kody anymore. Christine was also upset during their latest season after Kody rejected going with his daughter, Ysabel Brown, for her major back surgery in New Jersey. Since their latest season ended, Christine hasn’t shared any updates with Kody. Fans are also worried that Sister Wives might be done for good after their unpleasant season finale, especially after receiving low ratings compared to their past seasons. At this point, TLC has yet to confirm a renewal for the plural family.