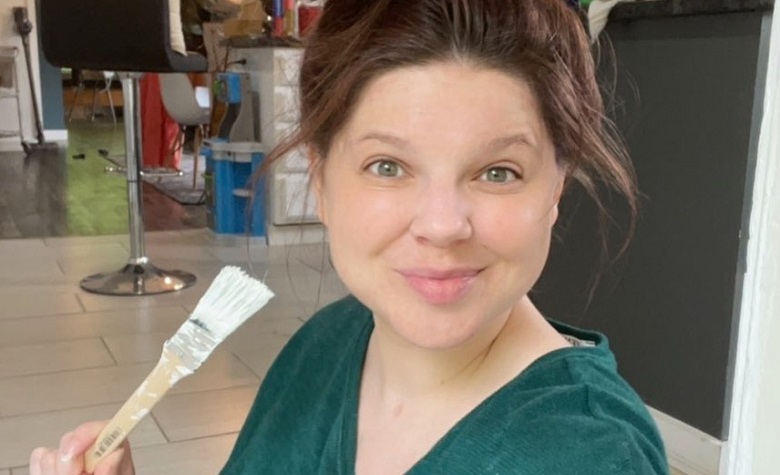 Counting On: Amy Duggar Says She’s Not Afraid To Speak Her Mind

In a social media post, Counting On star Amy Duggar King shared a picture of herself holding flowers given by a stranger. “This bouquet arrived today with no note!!” Amy captioned. “I just want this sweet thoughtful person to know you made me smile so big! Thank you for your kindness! They are beautiful!” she added. Moments later, a fan commented a lengthy message on Amy’s post talking about why she insisted on staying at the show back in the days.

The comment caught Amy’s attention which caused her to reply with a lengthy message of her own. “If I would have known what I know now nobody would have ever known who cousin Amy was,” Amy said. “But God knew all of this. And God knew I wouldn’t be afraid to speak my mind and I just hope somewhere my page helps someone, encourages someone,” she added.

Counting On star Amy Duggar King has shown her disappointment towards her disgraced cousin, Josh Duggar, in recent weeks. Apparently, Amy wants justice to be served against Josh. It also appears that Amy is currently the only Duggar who has shown hatred and disgust towards Josh. Several members of the Duggar family have already shared their thoughts about Josh. Some of them wanted the truth to come to light, while some felt saddened about the issue.

Counting On: Will Anna Duggar Agree With Amy’s Statements Regarding Josh?

Counting On star Anna Duggar recently went headlines after reports claimed that she’s siding with her husband Josh Duggar. According to reports, Anna thinks that her husband is innocent. A lot of fans were shocked about the claims. However, others expected it as Anna needs her husband, especially now that she’s pregnant with their seventh child. Meanwhile, there are speculations stating that Amy Duggar King’s statements regarding Josh might cause a feud between the two. Apparently, Amy doesn’t hold back and wants Josh to suffer from his sins. On the other hand, Anna wants her husband to be saved and believes that he did nothing wrong.