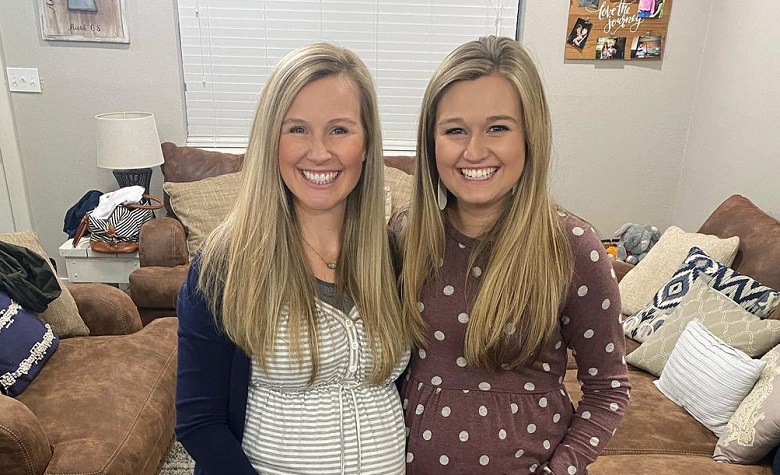 Counting On star Kendra Duggar welcomed her third child, Brooklyn Praise last February. Brooklyn’s arrival was also documented in TLC’s special episode, Counting On: A New Life. Now, Kenra’s mother, Christina Caldwell, is making headlines after giving birth to her ninth child. Some fans think that it’s a little weird that both mother and daughter were pregnant at the same time. However, fans are still happy about the latest addition to the Caldwell family.

In a social media post, Counting On star Kendra Duggar’s mother, Christina Caldwell, revealed that she gave birth to her ninth child. It’s a baby girl named Moriah Faith. Christina and her husband, Paul, also shared a picture of their newborn daughter. According, Christina, Moriah was born on May 17 at 7:08 PM. “The person you have lived without your whole life. You can no longer live without! Our world has paused. Soaking in this precious gift!”  Christina added.

After that, the Caldwell family released pictures of Moriah on their social media accounts. Kendra was also seen holding the newborn baby. The family also shared a picture of Paul sleeping next to his daughter. Moriah’s arrival comes after three months since the arrival of Kendra’s daughter, Brooklyn Praise.

Counting On star Kendra Duggar’s last update with Brooklyn Praise was filled with positivities and wholesomeness. According to Kendra, they’re still adjusting to the arrival of Brooklyn Praise in the family. However, they’re happy that a new member of the family has finally arrived. “Brooklyn’s doing well. I feel like Garrett’s adjusted pretty well to Brooklyn, but I feel like Addie is still struggling, so we’re working through that right now,” she added.

Counting On: Kendra Felt A Lot Of Pain During Her Labor

Counting On star Kendra Duggar might be done on having more kids in the future after the arrival of Brooklyn Praise. According to her, she felt a lot of pain during her labor with Brooklyn Praise. She recalled “painful contractions” during her delivery and she also had a hard time breathing. “I was really confused when my water broke because I was in so much pain, I was laying down and just didn’t think while laying down it would break,” Kendra explained. “It was a lot of pain at that moment,” she added. However, despite the pain, Kendra was able to have successful labor, which is also documented in Counting On: A New Life, where Anna Duggar also made her reality show comeback after six years of absence.