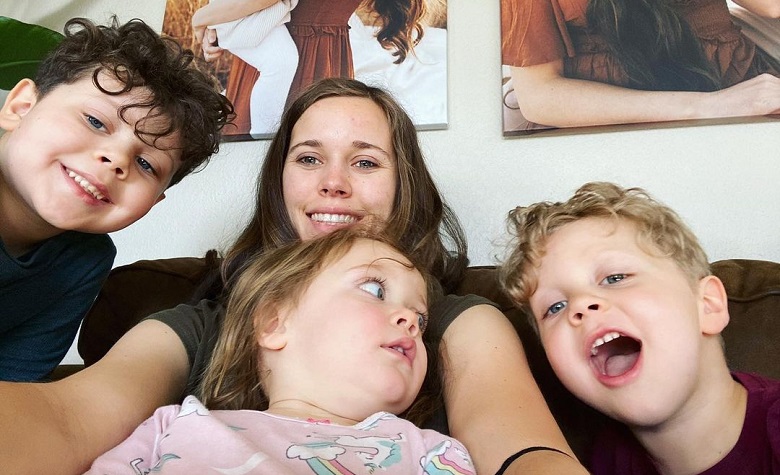 The first episode of Counting On: A New Life featured the life of Jessa Duggar during her pregnancy. Jessa also had her fans left in awe as she taught her kids how to dye eggs. Now, it appears that Jessa wants to keep the wholesomeness going after sharing a cute clip of her kids. Apparently, the clip featured Jessa’s three kids guessing the gender of their fourth sibling. The kids also shared hilarious techniques on how till they know the gender of their fourth sibling.

Counting On: Jessa Duggar Lets Her Kids Guess The Gender Of Their New Sibling

In a YouTube post, Counting On star Jessa Duggar shared a short vlog of her kids guessing the gender of their fourth sibling. During the vlog, Jessa asked Henry, “How do we know if it’s a boy or girl?” Henry answered, “Because it has long hair or short hair.” After that, Spurgeon said, “And another thing is that it’ll get a hairbow.”

The innocent and hilarious answers of the kids left the fans in awe. “Such a cute, innocent response. I expected Henry to recite a line from Kindergarten Cop”, one fan commented. Meanwhile, fans can’t get enough of how cute Ivy was during the vlog. She keeps giving her two brothers her water, which is a very sweet gesture.

Ivy also talked a lot to her sibling in her mother’s tummy, showing how excited she is for its arrival. Jessa also revealed that Ivy wants a baby girl. Meanwhile, Henry and Spurgeon want a baby boy. This wasn’t the first time Jessa’s kids were adored by the fans. At one point, fans were left in awe after discovering that Spurgeon has similar mannerisms to his mother Jessa.

However, she and her husband Ben Seewald revealed that they will find a great way to reveal the baby’s gender to their kids. Apparently, the Duggars are known to keep the baby’s gender hidden until the day that it was born. Due to this, fans can expect that the family will remain silent about the baby’s gender for quite some time. Meanwhile, some of the Duggars seem to hide their pregnancy as well. One of which is Anna Duggar, who’s been seen with a baby bump in Jessa Duggar’s now-deleted video post.

Counting On: Fans Reacts To Jessa Wearing Pants As She Goes Out With Family

Counting On fans noticed something odd on Jessa Duggar’s recent vlog about her ultrasound. Apparently, she went to her appointment wearing pants. It’s no secret that Jim Bob Duggar forbids his daughters from wearing pants. The Duggar daughters are only allowed to wear skirts that hit below the knee.

Due to this, fans took Reddit to discuss if Jessa and other girls normally wear pants behind the cameras. “It just really makes me mad that they still will only wear skirts on TV”, one fan said. “Dare I say it, she looks pretty good in them. I think all of the women except probably Anna will move on to wearing pants regularly,” another fan added.