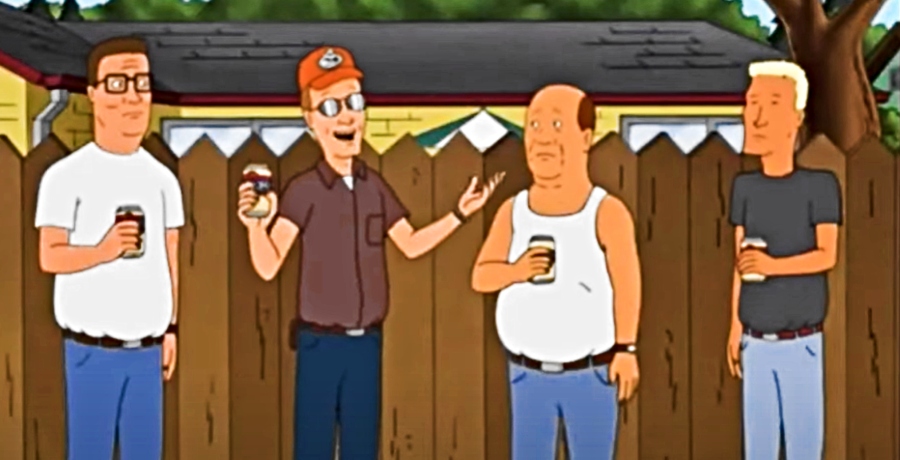 The last new King of the Hill episode aired in 2010. But even 11 years later, it’s still popular among fans. Now, fans may get to look forward to a revival. Writer Brent Forrester spilled the beans on Reddit.

During an “ask me anything” session, one fan wanted to know if King of the Hill could ever come back. Forrester was pretty eager to share the inside information.

“I am sure Greg Daniels and Mike Judge will murder me for sharing this but… HELL YES,” Forrester replied. Daniels and Judge are the show’s co-creators. “They are in hot negotiations to bring back King of the Hill. The Trump administration made it suddenly very relevant again. The characters have all aged 15 years. The project is sooooo good. Okay I’ve said too much :).”

Fans still love King of the Hill, but a reboot wasn’t always in question

This is certainly a new exciting development. Even as recently as 2020, Greg Daniels wasn’t sure KOTH would make a comeback.

“Well, Mike and I got together a couple of years ago, and came up with a reboot for King of the Hill,” Daniels told Comic Book. “At the time, I think that Fox didn’t want to go ahead with this, at the level that it probably deserved. We thought that they would be excited to just order it.”

In the interview, Daniels went on to say that Disney now owns Fox, which could complicate things a little bit. King of the Hill is much tamer than shows like Family Guy and The Simpsons, but it’s still not the most family-friendly show.

“But we do have a plan for it and it’s pretty funny. So maybe one day,” Daniels added.

So what do we know about the reboot?

There are still many questions, but the King of the Hill reboot is rumored to be set 15 years after the series finale. Bobby Hill and his friends will be adults, but we can probably expect Hank Hill and his buddies to be in the same situation. They’ll still all probably be in the alley with a can of Alamo Beer in hand.

There are also questions about the fate of characters like Lucky and Luanne. Tom Petty and Brittany Murphy voiced the fan-favorite characters, and both have passed away since King of the Hill ended. Will the writers recast the popular characters, or write them out entirely? We’ll all have to wait for more answers.

We also don’t know where the new show will stream. Right now, Hulu has the rights to King of the Hill, so it’s likely that a sequel series could show up there.

Are you excited about a new KOTH series? Be sure to let us know what you think in the comments.