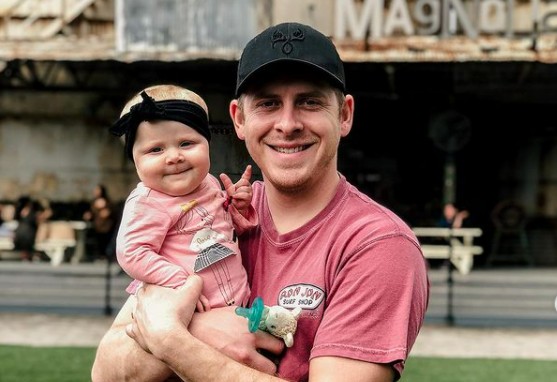 Counting On star Joy-Anna Duggar and Austin Forsyth have been silent on social media lately. However, fans are calling them out after Austin was seen in a mall without a mask recently. This wasn’t the first time that Austin disregarded the Covid-19 health and safety protocols. At one point, Austin and Joy-Anna were slammed for walking through a hotel lobby with not a mask in sight. Apparently, the Duggars are notorious for breaking the Covid-19 health and safety protocols. Jim Bob Duggar was also slammed for hosting a huge New Year’s Eve party in his house with a lot of unmasked guests.

Counting On: Austin Forsyth Slammed As “So Disrespectful”

In a Reddit post, a fan shared a clip of Counting On star Austin Forsyth inside a mall without a mask. He appears to be stating his orders from the cashier. “Lauren I am 99% sure this is Austin Forsyth,” the fan captioned. After that, fans took the comment section to criticize Austin’s irresponsible acts. “Especially in a pandemic, no wonder TLC are not filming them at the moment, no chance in hell making it look like a wholesome show at the moment,” one fan commented. “It’s so disrespectful to not wear a mask. Not surprised though,” another fan added. Many also agreed that it was Austin and said they’re used to seeing Austin not wearing a mask.

This wasn’t the first time Austin was seen in a mall without a mask. Apparently, Austin and his wife Joy-Anna Duggar were also seen in a mall with their baby daughter Evelyn with not a mask in sight. Austin was also slammed for his irresponsible act after bringing Gideon on a zipline without any safety gear.

Counting On star Joy-Anna Duggar has been receiving criticisms for not wearing masks during their time outside. However, she actually  tested positive for Covid-19 during her pregnancy with Evelyn. Joy-Anna also said that her husband Austin Forsyth tested positive for the virus during that time. Fortunately, the two quickly recovered before things got worse. However, fans are still not happy about their irresponsible actions towards the Covid-19 health and safety protocols.

Counting On star Joy-Anna Duggar has been silent on social media recently. Fans aren’t used to Joy-Anna’s sudden online absence. Due to this, fans speculated that she might be pregnant. Some also think that her last post hints at her pregnancy. Apparently, Joy-Anna’s last post seems to show her swollen face, and fans think that it’s due to her pregnancy. Joy-Anna has yet to confirm if she’s indeed pregnant. However, fans are also putting their attention towards Anna Duggar, who’s also been reportedly pregnant with her seventh child.