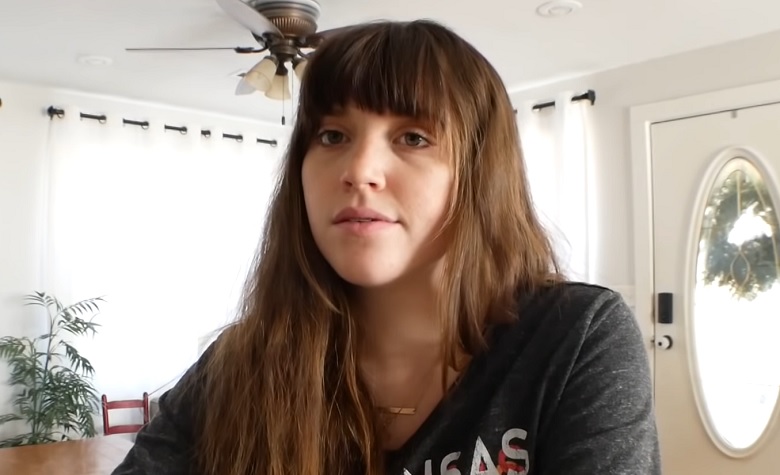 Counting On star Joy-Anna Duggar Forsyth shocked her fans with her revelation during her social media Q&A. According to Joy-Anna, she fell in love with Austin Forsyth at a very young age. She also shared her journey with Austin up until they got married. Joy-Anna also opened up about her new bangs, which has been making headlines due to her looking like a young Mandy Moore from the movie A Walk To Remember. She also shared how she and Austin make their marriage fun.

Counting On: Joy-Anna Reveals She Fell In Love With Austin At The Age Of 13

In a social media post, Counting on star Joy-Anna Duggar revealed that she fell in love with Austin Forsyth at a very young age. During her social media Q&A, a fan asked her when was the time she realized that Austin wasn’t just her everyday crush. According to Joy-Anna, “The moment I knew that Austin was more than an everyday crush was he was 17 I was 13.” Joy-Anna also made it clear that it was not like she knew he was the one.

However, she started admiring him when he shared the testimony of his hard teen years and how he really wanted to serve the Lord. “And I was like ‘wow! You don’t see that in guys ever.’ And ever since then, I had a huge crush on him and really admired him”, Joy-Anna added. However, she made it clear that they followed the rules. The two got married in 2017 when Joy-Anna was 19 and Austin was 23-years-old.

Joy-Anna Shares How They Make Their Marriage Fun

Counting On star Joy-Anna Duggar answered a question about how they make their marriage fun. According to her, she loves her married life and she likes how she and Austin have a lot of things in common. Joy-Anna also said that they always listen to audiobooks. She also revealed having road trips with Austin and doing a lot of exciting things like surprising her husband. Joy-Anna even mentioned reading the Five Love Languages which helps her a lot in showing her love for Austin.

Counting On: Joy-Anna Opened Up On Her New Bangs

Counting On star Joy-Anna Duggar has been making headlines due to her new bangs. Fans dubbed her as a young Mandy Moore from A Walk To Remember. Now, a fan asked her during her social media Q&A if she’s keeping her bangs. According to Joy-Anna, her best friend Carlin Bates told her that she’s crazy if she doesn’t keep them. However, she admits that Austin and her don’t like it. Joy-Anna said that she’s kind of stuck with it until it grows out and fans just have to wait and see.