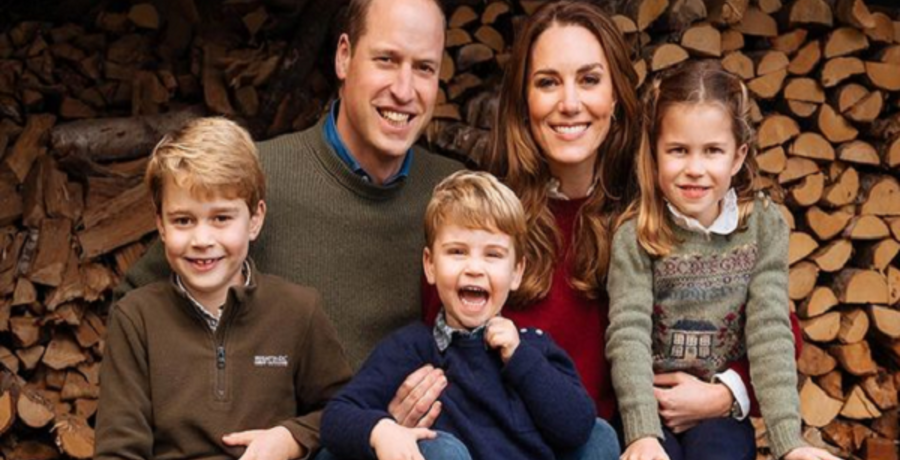 Prince William opened up about his children. The Duke of Cambridge recently spoke to a group of schoolchildren. They wanted to know which of his three kids are “cheekier.” ET Online shared an exclusive clip of Prince William: A Planet for Us All.

In the documentary, William talked about his children’s sense of humor. He explained that Prince George and Princess Charlotte have about the same amount of cheekiness. In fact, it was hard to determine which one is “cheekier.”

The Royal evaluates his children’s cheekiness

Prince William compared Prince George and Prince Charlotte’s sense of humor. He visited a school in Liverpool, England, during the filming of the documentary. A little girl asked, “Is Princess Charlotte cheekier than Prince George?”

“No, they’re about as cheeky as each other,” William responded. “They’re very cheeky.”

William shares George, Charlotte, and Prince Louis with his wife Kate Middleton. Also in the Discovery+ documentary, William and the children focus on the importance of insects. He took a tour of their bug hotel, which is aptly titled “Bugingham Palace.”

“Can you tell me what you’ve been up to?” William asks the children as he tours their insect palace. “Why are bees so important?”

“They bring life to our Earth,” a little girl says. “And help other animals like caterpillars.”

David Oyelowo narrated Prince William: A Planet for Us All. It focuses on the prince as he promotes action for the natural world and shifts the focus on the work of local heroes. It also talks about William’s journey “from growing up with a deep connection with the outdoors, something he now shares with his own children, to realizing a lifelong passion for African conservation.”

The film hopes to inspire young people to “become the next voice for our planet” and address issues that “we’ve ignored for too long.”

This comes after Prince William wants his children to become more involved with royal duties in the coming months ahead. The 38-year-old and his 39-year-old wife “hope to be able to take the kids with them on royal engagements” as long as it doesn’t “interfere” with their schooling, an insider told Us Weekly in December 2020.

“William and Kate have loved watching Prince George and Princess Charlotte grow and develop over the last year,” the insider told the outlet. “They have both grown up so much and are little people now rather than kids.”

Back in November 2020, another source told Us Weekly that George is “well-behaved.” Of course, both Charlotte and Louis “have a cheeky side,” as William said in the film. The family recently attended The Palladium’s performance of The National Lottery’s Pantoland in December 2020. It was their kids’ first red carpet event.

Prince William: A Planet for Us All is now streaming on Discovery+.

’90 Day Fiance’: Yara Zaya Stuns In Morning Walk With Mylah
‘Sister Wives’: Why Fans Think The Browns Would Never Work
‘Counting On’: Fans React To James & Jana’s Attendance At A Wedding
‘Counting On’: Why Fans Want Anna Duggar To Stand Up For Herself
Brian Laundrie Thought Gabby Petito Wanted To Die: See His Confession