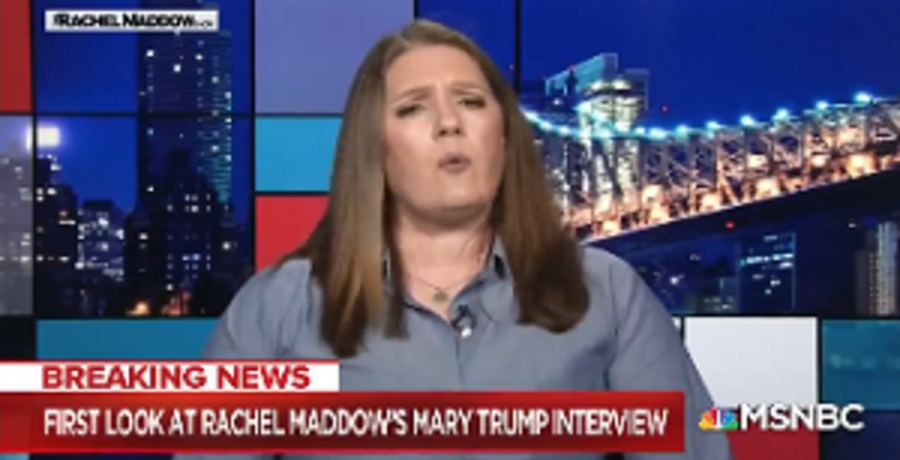 Mary Trump does not hold back on her feelings for her estranged uncle. Yesterday, she opened up about Donald Trump’s behavior in a new interview. She thinks the next two weeks will be a “dangerous” time in America. This comes after the U.S. Capitol riots that took place on Wednesday, January 6.

Thousands of Donald Trump’s supporters stormed the Capitol. They broke into the federal building, took selfies with police officers, and ruined the place. The event killed four people and injured over 50 police officers. Some have compared it to the Civil War.

Mary Trump sounds off on her uncle

On Wednesday, January 6, Mary Trump spoke to Katie Couric about her infamous uncle. She has a feeling that the next two weeks will not be good for the American people. She called it a “dangerous” time for the country under the Trump administration. During the interview, his niece also shared her thoughts on how Donald Trump is feeling right now after the U.S. Capitol riots.

“Donald is feeling, on one hand, emboldened they got away with it,” Mary says. “On the other hand he’s locked out of Twitter, he’s probably more desperate than he’s ever been in his life. Short of the congress stepping in impeaching and removing him the next two weeks are going to be the most dangerous in our country’s history and after today that’s really saying something.”

Pro-Trump supporters took to the Capitol following the president’s rally. He told them to air their grievances about the Electoral College votes being counted by Congress. On early Thursday morning, January 7, the election has finally been certified by Congress as a win for Democratic president-elect Joe Biden and his vice president-elect Kamala Harris.

However, the riots killed four people. Police officers shot one woman. Three others died as a result of “medical emergencies,” according to officials. The number rose from 14 injured police officers to over 50.

Mary Trump took to Twitter to call out her uncle for his role in the violent protests.

“Make no mistake, the so-called leader of our country, who swore to protect and defend the Constitution, directed a horde of white supremacist domestic terrorists to stage a coup to overturn a legitimately decided election,” Mary tweeted. “He isn’t just encouraging them, he IS them. #traitor.”

During the riots, which lasted into Wednesday evening, she wondered what was on many people’s minds.

“Why are these f***ing traitors not being held at gunpoint, handcuffed, and arrested,” Mary continued. “It’s not a mystery – this was allowed to happen.”

Just hours after the U.S. Capitol riots started, Trump posted a video on his Twitter. He has since removed it after the social media platform banned him. In the bizarre clip, he told his supporters: “We love you, you’re very special.”

Mary responded: “Pouring gasoline on the fire under the guise of pretending to put it out. None of his statements should be aired.”

She also says all lawmakers who support Trump should be “expelled.”