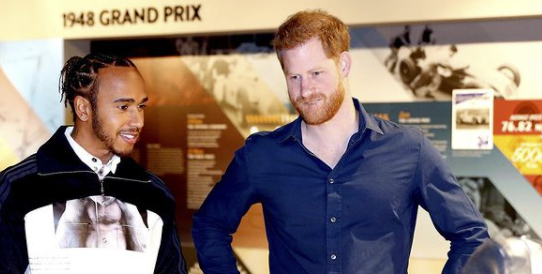 According to Prince Harry’s biographer, the prince has certainly lost his way. Angela Levin wrote Harry: A Biography of a Prince in 2018 and feels that she knows the prince inside and out. And that’s exactly why she feels confident saying he’s a shell of his former self. She wrote a very opinionated piece for The Sunday Telegraph, making her feelings known.

Prince Harry and Meghan Markle are all about charity work. However, Levin points out things are definitely different since the pair moved to California. In the past, the prince worked for Help for Heroes. But now everything seems to be about publicity and photo ops.

In The Sunday Telegraph article, Levin brings up the Remembrance Day incident. Prince Harry and Meghan Markle visited the Los Angeles National Cemetery to honor fallen Commonwealth soldiers. However, they made sure famous photographer Lee Morgan was there to capture the scene. Most fans felt that it was nothing more than a publicity stunt.

And this does make sense. We previously reported on rumors speculating that Meghan Markle really misses being out of the spotlight as much as she would like. The couple made their own choice to leave the royal family and transition into “normal life.” However, the couple may not love it as much as they thought they would.

Is The Prince Out Of Touch With Reality?

Levin also seems to believe that Prince Harry has grown out of touch with the British people. She believes that he could have used his position to bring comfort to the people during the Coronavirus pandemic. However, he’s spent the bulk of his time in his mansion in California.

Royal expert Hugo Vickers said in a separate Telegraph article that Prince Harry is now “isolated from his family, the army, his friends, the Commonwealth” in his new Californian home.

Many believe he’s content being second to Meghan and going along with her agenda. But why would he do this?

“Of course, he would not be the first man to be besotted with a beautiful woman with a different agenda that he then meekly adopts as his own,” Levin says.

If the couple wants to live in California, they may have to renounce their titles as well. Queen Elizabeth is reportedly “under pressure” to strip both Harry and Meghan of their royal titles. No one can say for sure what will happen yet. But Harry and Meghan did insist on leaving the Royal Family.

So what do you think? Has Prince Harry changed since he married Meghan Markle? Is the pair too focused on publicity stunts instead of charity work? Let us know what you think in the comments.